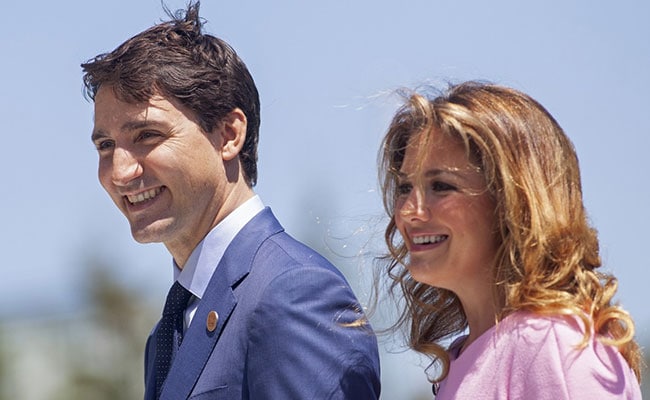 Trudeau's wife, Sophie Gregoire-Trudeau, began to show mild flu-like symptom including a low fever on Wednesday after returning from London, BBC reported. She has now tested positive for coronavirus, as announced from their office on Thursday night.

The couple are staying home until the tests results are returned. However, Trudeau is not exhibiting any symptoms. Trudeau is continuing daily activities while monitoring his health under his doctor's advice, the statement said.

Trudeau's meetings with provincial premiers and First Nations leaders in Ottawa scheduled for next two days have been postponed.

Trudeau will now be speaking with those provincial counterparts over the phone, with the topic focusing on Canada's response to the pandemic, said the Prime Minister's office.

"The Prime Minister will spend the day in briefings, phone calls and virtual meetings from home including speaking with other world leaders and joining the special COVID-19 cabinet committee discussion," his office said.

Another federal party leader, the NDP's Jagmeet Singh, said on Thursday that he was also staying at home because he was feeling unwell, though doctors have told him that his symptoms are not consistent with the coronavirus.

"Their advice is for me to limit contact with the public until I am feeling better," he said on Twitter.

There are currently approximately 103 confirmed cases of the coronavirus in Canada.

Coronavirus In India: How Effective Are Hand Sanitisers In Preventing Coronavirus? Doctors Explain