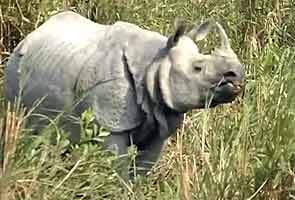 Police and forest department officials, who had launched a massive search operation in the areas around the Park, nabbed the duo from North Bank of Brahmaputra at Bishwanath Ghat, they said.

The duo have been identified as Aamir Islam and Moina Das and were suspected to be involved in the recent killing of rhinos and removal of horns in the park, they said.

Promoted
Listen to the latest songs, only on JioSaavn.com
Twelve rhinos have been killed by poachers during the last two months in KNP.