Sanchit Oberoi, 25, was driving the powerful Suzuki Hayabusa, whose engine can pull faster than a small car, on Kundli-Manesar-Palwal or KMP expressway 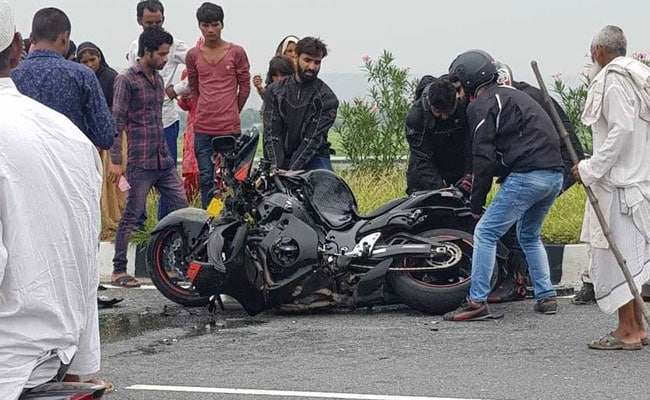 The damaged Suzuki Hayabusa of Sanchit Oberoi, 25, near Gurgaon

An executive working with a multinational bank in Gurgaon was killed when the superbike he was riding rammed a trailer-truck near Delhi on Sunday.

Sanchit Oberoi, 25, was driving the powerful Suzuki Hayabusa, whose engine can pull faster than a small car, on the Kundli-Manesar-Palwal or KMP expressway.

The police said the west Delhi resident was riding with a group of motorcycling enthusiasts on Sunday morning when the accident happened. He died on the way to hospital, the police said.

The truck was reversing on the highway and the Hayabusa was doing at least 200 kmph, the police said.

The truck driver ran away immediately on seeing a motorcycle had rammed his vehicle from behind. The police are now looking for him. 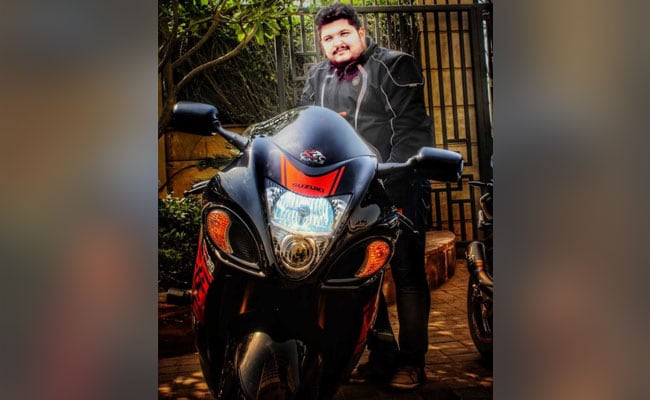 The Suzuki Hayabusa can reach over 300 kmph. The wide, open roads in and around Gurgaon draw a lot of motorcycling enthusiasts who test the limits of their powerful, often modified, bikes.

Recent photos posted on the Facebook profile of Mr Oberoi show him riding the superbike with the front wheel up.

A First Information Report or FIR has been filed with Tauru police station, 45 km from Gurgaon.