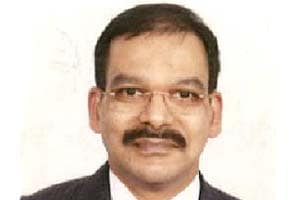 Gurgaon: The senior Maurti Suzuki executive, who was killed in the July 18 violence at the car factory in Manesar, paid for anti-worker remarks made by another executive, official sources said Friday.

Heated arguments between Maruti officials and leaders of the workers' union had led to the violence in which the company's human resources manager Awanish Kumar Dev was killed and nearly 100 other people were injured.

"Talks between the management and union leaders on the issue of suspended worker Jiyalal, who had slapped a supervisor over alleged casteist remarks, had almost reached a settlement. But the situation took a U-turn at about 6 pm," said an officer in the Special Investigation Team probing the case.

"Awanish Kumar Dev and other officials had reached a consensus that Jiyalal would be asked to rejoin the next day (July 19). Union president Rammehar Singh said the orders should be issued immediately, saying that in two such cases before, the management had promised to take back the suspended employees but refused to do so at the last moment," said the official, who did not want to be named.

"Reacting to this, another senior manager-level official, who was also part of talks, said that Jiyalal would not be taken back and all union leaders, including Rammehar Singh, would be sacked. Dev tried to resolve the new situation but failed," the official said.

"That statement provoked the union leaders and, from the window, one of them called the workers to come to the first floor, where the talks were going on. The workers, numbering in their hundreds and waiting for hours at the factory's gate number 3 knew that Dev was representing the management. Shouting anti-management slogans, they started vandalising the office and soon set it afire," said the official.

They also attacked Dev and beat him up, breaking his legs and hitting him on the head. He later choked and burned to death in the fire.

The manager who gave the provocative statement was also injured - both his hands were broken.

Promoted
Listen to the latest songs, only on JioSaavn.com
The official said Dev had offered to quit the company six months ago, but the management had urged him to stay on.