The flyover, built at a cost of Rs 190 crore, was opened to public just 18 months ago and has already had three such cave-ins. 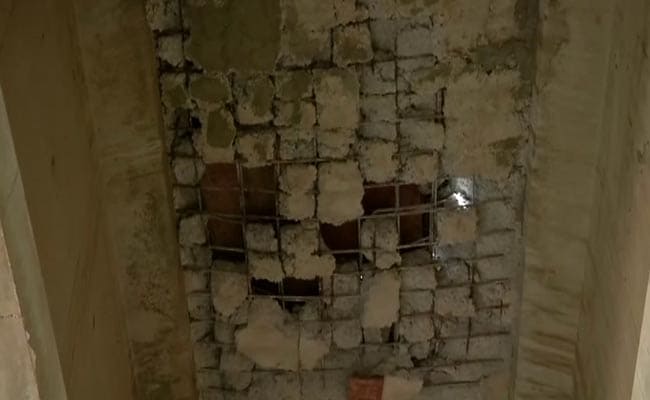 Gurgaon Hero Honda Chowk Flyover: Traffic was completely diverted away from one side.

Days before voting in Gurgaon for the ongoing national elections, India's "millennium city" dealt first hand with one of the most elemental issues there ever was in the country: Sadak (road) from the famed trio of the bijli (electricity), pani (water) and sadak.

One of the flanks of the arterial National Highway 8 from Jaipur to Delhi via Gurgaon was closed all day today because of a large crater on the Hero Honda Chowk flyover. Serpentine traffic jams left people baking in their cars for hours on a day the temperature touched 43 degrees Celsius.

The dangerous 4-foot-wide crater is not the first such cave-in on the 18-month old flyover that was supposed to ease traffic on this highly congested stretch. The incident raises serious questions over the quality of construction.

That it comes days after the Road Transport and Highways Ministry's claimed of achieving 24 km of quality highway constructing per day also irked commuters.

"Commuters like me are regular users of this highway and such a big hole invites accidents. The concrete chunk has completely disappeared from the road and only iron bars are visible. I was lucky to maneouvre my car at the right time otherwise I would met with a fatal accident," Maneser resident Subhash Kashyap, who was among the first to spot the hole, told news agency IANS. 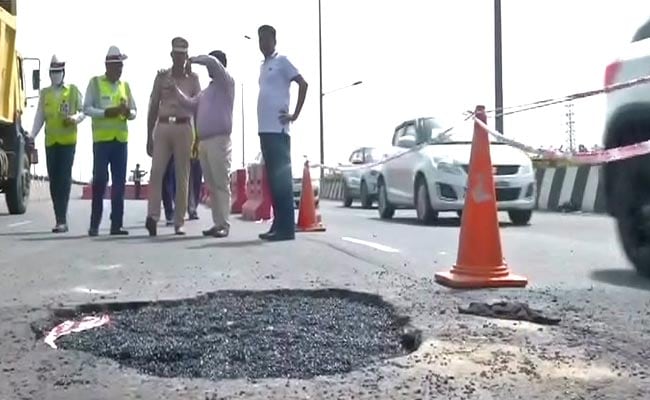 An inspection of the affected site clearly showed the use of lower quality concrete material, thin iron bars as well as thin layers of charcoal, IANS reported.

"The thickness of flyover is even thinner than the roof of a normal building. The construction company and supervising official of NHAI should take responsibility for lower quality of construction and they should be punished for putting lives of common commuters at risk," Mr Kashyap added.

The flyover was built at a cost of Rs 190 crore, and has seen prominent leaders of the ruling BJP have claimed credit for it.

"We have received information about a hole appearing on Hero Honda Chowk flyover around 5 am. Subsequently, road safety staff rushed at the spot and blocked the road. Repairing of the affected area will start soon," National Highways Authority of India (NHAI) Superintending Engineer Ashok Sharma said

"We have diverted traffic movement and are also allowing use of service lanes to give respite to commuters," he added.

Gurgaon votes for the ongoing national elections on May 12 along with neighbouring Delhi. Results are set be announced on May 23.