However, the salon operators, who managed to flee safely, showed presence of mind to lock the animal inside and Forest Department officials later secured the wild cat. 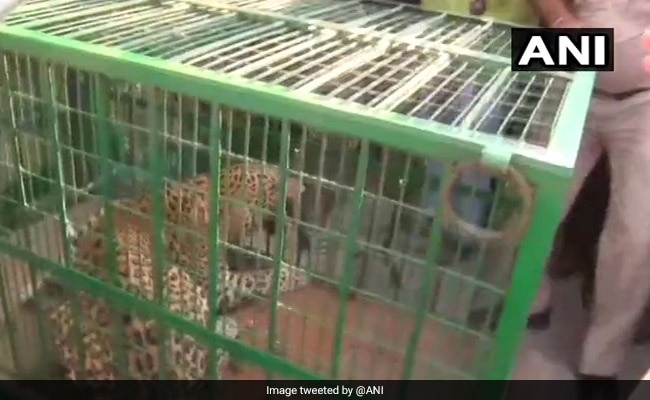 Residents of Badshahpur village in Gurgaon faced a scary situation on Friday afternoon after young male leopard entered a house and then a salon.

However, the salon operators, who managed to escape, showed presence of mind to lock the animal inside and Forest Department officials later secured the wild cat.

Deputy Chief Conservator of Forests, Vinod Kumar said, "The leopard was rescued after one hour without using tranquilisers. They used an iron cage for successful rescue operation."

As news of the incident spread, over 2,000 locals assembled at the place leading to huge chaos.

"The leopard, which is around two and a half years old, has sustained some scratches on its face due to broken glass of the salon. It is currently under observation and will be released in Aravalli mountain soon," the officer added.