Road Transport and Highways Minister Nitin Gadkari recently tweeted about the initiative and appreciated the group for its efforts. 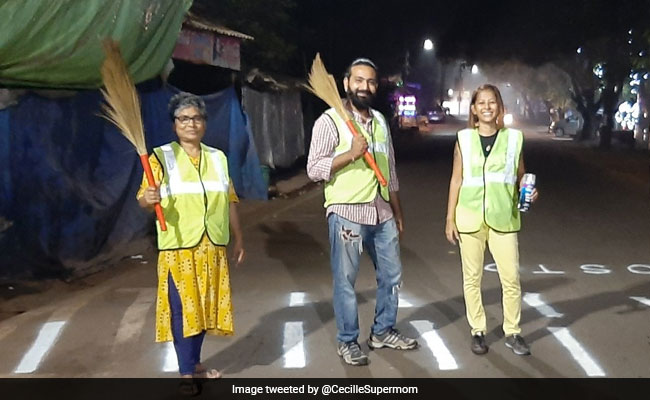 In a move aimed at reducing road accidents, a citizens group in Goa has so far painted over 130 speed breakers in the state in white colour to increase their visibility, which has earned praise from Union minister Nitin Gadkari.

The group has been carrying out this activity under the #RostoGoa campaign.

Activist Cecille Rodrigues, who is leading the campaign, said, "The speed breakers had turned blind spots, causing road accidents. The RostoGoa initiative began from my own Taleigao constituency and spread to other areas, including Calangute, Baga which are prominent tourist spots."

"Initially, a small group of like-minded people began painting the speed breakers, but later many others joined as the initiative through social media," she added.

Rodrigues said she had earlier met with an accident due to a speed breaker.

Road Transport and Highways Minister Nitin Gadkari recently tweeted about the initiative and appreciated the group for its efforts.

"Cecille Rodrigues, Seema Chimulkar and Prakash Malani have developed unique road stamp ''Rosto'' which cautions drivers of blind spots, thus reducing accidents on the road," he had said in the tweet.

Goa Forward Party (GFP) chief Vijai Sardesai on Sunday said that his party would move a ''congratulatory motion'' for the group over its initiative during the upcoming Legislative Assembly session to be held between February 3 and 7.

BR Ambedkar Had Mentioned 'Dalitstan', But We Are All Together: Goa's Deputy Chief Minister