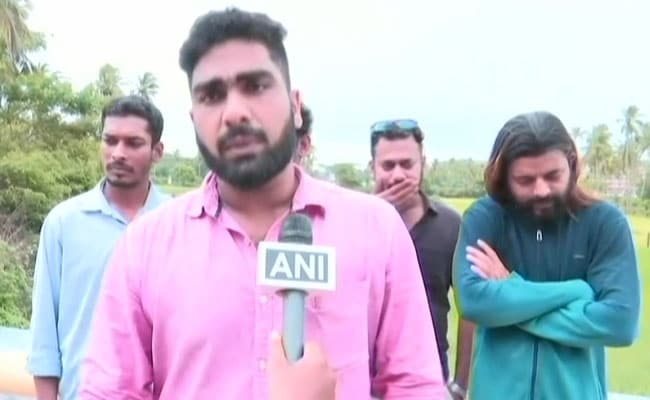 In what seems to be the mother of all challenges, a sarpanch or village head in Goa said let Prime Minister Narendra Modi and Rahul Gandhi take up his 'agriculture challenge', which entails stepping into the farmer's shoes for a day. Siddhesh Bhagat, the sarpanch of Aquem-Baixo panchayat in south Goa said he does not treat ministers, legislators and sportsmen as VIPs and since agriculture is the backbone of the Indian economy, everyone must for a day plough the fields, drive tractors and sow saplings to understand our farmers' hardships.

It is not a gimmick or a publicity stunt but an effort to create awareness, Mr Bhagat told news agency ANI. "I do not treat ministers and legislators as VIPs...let the Prime Minister, the agriculture minister Radha Mohan Singh and Virat Kohli take up the challenge," said the sarpanch, who already has a number of executive friends backing him.

Mr Bhagat didn't stop at throwing the 'agriculture challenge'. He questioned "when did the ministers and lawmakers last step into a farm?" Being in the farm with the farmers and motivating them is essential said Mr Bhagat.

And cutting across party lines in Goa, politicians have started accepting the 'agriculture challenge', stepping into knee deep waters in the paddy fields. Congress lawmaker Aleixo Reginaldo Lourenco was the first one to take up the challenge. Lourenco, the legislator from south Goa's Curtorim constituency was seen on a tractor in a paddy field, which was being prepared for sowing. The state revenue minister and Independent lawmaker Rohan Khaunte was seen on Wednesday in a paddy field, in his constituency of Porvorim near Panaji.

Goa's agriculture minister Vijai Sardesai, who was seen planting saplings in a field in his constituency Fatorda, dismissed the idea of a challenge. "This may look like 'agriculture challenge' but is not...it isn't tokenism either. The real challenge is to bring uncultivated land in the state under cultivation," said Mr Sardesai, who belongs to the Goa Forward Party.

The minister claimed farm mechanisation is the key, and the Goa government as part of incentives, is giving a financial aid of Rs 19,500 per acre to farmers.

The Goa sarpanch's 'agriculture challenge' comes in the backdrop of a crash in prices of farm commodities over the past few months, which has led to farmers protests in several states. The government on Wednesday approved a huge 25 per cent hike in minimum support prices, compared with 3-4 per cent in the first four years in office for PM Modi.