Celebrated widely across the states of West Bengal, Tripura and Assam, Kali Puja is dedicated to the worship of Goddess Kali. 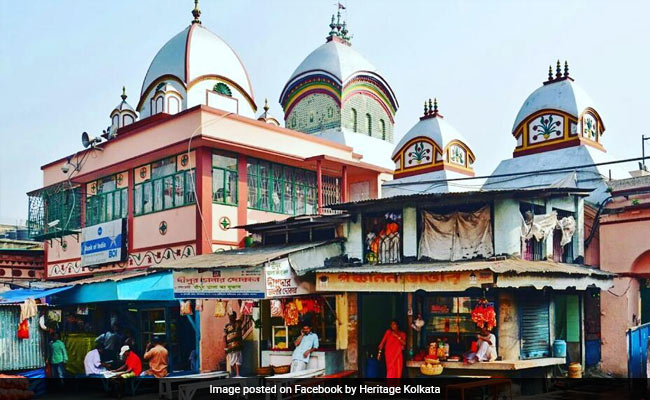 As the nation is gearing up for the Diwali festivities, the eastern part of the country is making sure they leave no stone unturned in the celebrations of Kali Puja, that falls on 6th November 2018 this year - a day prior to Diwali. With two major festivals around this time is particularly joyous for the people of Bengal. Many a times, Diwali and Kali Pujo (or Kali Puja) fall on the same day. Celebrated widely across the states of West Bengal, Tripura and Assam, Kali Puja is dedicated to the worship of Goddess Kali. Kali Puja is also known as Shyama Puja, here's how the festival is celebrated.

Goddess Kali is one of the most feared Goddesses in the Hindu mythology. The ferocious Goddess is depicted wearing a garland of skulls, her hair dishevelled, holding the head of a demon on one hand and a sharp weapon on the other. The fierce form of Shakti also happens to be a loving mother to all those who seek her blessings with devotion. Like Durga Puja, Kali pujo also takes place in temple courtyards or pandals. The origins of the massive celebration are often credited to King Krishnachandra of Navadvipa, zamindar of Krishnagar, Nadia, West Bengal, who organised the puja at a large scale for the first time in the late 18th century. Today, it has become one of the most widely celebrated festivals of Bengal.

The puja rituals are carried out at night. Some devotees even observe a fast, which they break after puja. Devotees offer her red-coloured hibiscus flower during the puja, it is said to be her favourite. As part of bhog, she is also offered rice, lentils, sweets and fish. Some pandals also serve bhog to the devotees who have gathered. The bhog can consist of anything from khichdi and mixed veg to luchi (a form of puri) and aloo dom (spiced potato).

A night before Kali Puja, Some Bengalis also celebrate Bhoot Chaturdashi. They light 14 lamps or diyas at home. It is believed that these 14 lamps ward off evil spirits. Some also say that these diyas are lit in remembrance of past 14 generations of ancestors. It's believed that the night before Kali Puja, the spirits of these ancestors descend upon the earth. On Bhoot Chaturdashi, people also eat fourteen types of saag or green leaves or choddo shaak. These vegetables are cooked and then eaten by the family together.