Christmas 2018: 7 Traditional Christmas Foods And Drinks With Their Significance 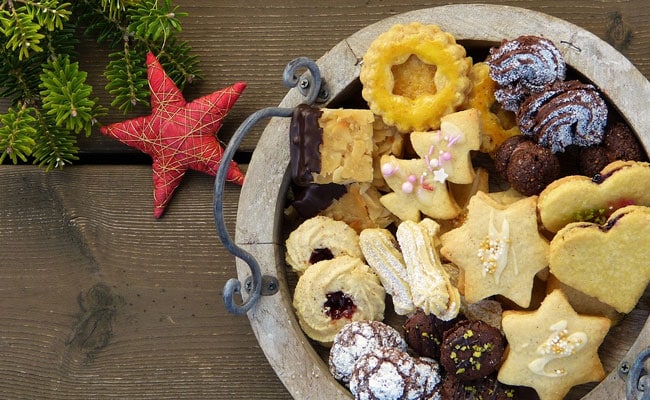 Christmas 2018 is just around the corner, but the preparations have already started. As the air turns chilly and festive tidings beckon us to huddle around our room heaters, we can't help but dream about quaint fireplaces decorated with socks and wreaths hung on doors, as well as lit Christmas tree with a big pile of gifts under it. Christmas is the Christian festival that celebrates the birth of Jesus on December 25th. The festival is celebrated by Christ followers around the world. In India as well, Christmas is celebrated among the Christian communities with much fanfare. In the lead-up to the main day, there are carol singing competitions, Christmas markets and fairs, etc. A number of home bakers and bakeries start stocking up on goodies, including cookies, cakes and other desserts. Food is a big part of Christmas celebrations, which is a festival that celebrates joy and togetherness.

Different dishes are prepared during Christmas in different parts of the world. For example, panettone is sweet bread prepared in a number of European countries, including Argentina during Christmas. In India, a number of Christian households prepare plum cakes with rum-soaked raisins. Even homemade wine is prepared in anticipation for Christmas in India and served to guests on Christmas Eve. Another traditional Christmas sweet prepared by a number of Anglo-Indian households in India is kul kul, which is a deep fried snack made from semolina flour, milk, sugar and ghee. There are some traditional foods that have come to be associated with Christmas all over the world, thanks in part to pop-culture.

Here are some such foods and drinks that are traditionally consumed on Christmas:

Also Read: How To Make A Quick Christmas Plum Cake

In the UK, Ireland and a number of other countries, Christmas pudding is an indelible part of Christmas dinners. It is also known as plum pudding, but it doesn't contain any plums, as the recipe dates back to pre-Victorian times when raisins were referred to as plums. It is flavoured with cinnamon, nutmeg, cloves and ginger and may contain alcoholic beverages like brandy or dark beers, which are used to soften the mixture.

Ginger is a warming spice that is used to make a number of Christmas goodies, including gingerbread man cookies, gingerbread house, etc. It is usually found around Christmas in the United Kingdom and Ireland and is often used as a centrepiece for dessert counters at Christmas spreads.

Also Read: Christmas Special: What Is The Story Of The Gingerbread House?

Red and white artificial candy canes are perhaps the most widely-used props used in Christmas decorations. The canes are a delight to children who get an excuse to load up on a lot of simple sugars, thanks to all the hard candies lying around the house around Christmas. Candy cane sticks are used to decorate Christmas cakes and may even be hung on trees and are flavoured with peppermint.

This simple egg and milk punch is enjoyed on Christmas Eve as a chilled drink. It is prepared using egg yolks, whipped egg whites, milk, milk cream, sugar and alcoholic beverages. Usually, distilled spirits like brandy, rum, whisky and bourbon are added to eggnog in countries like the United States and Canada.

Mulled wine is another typical winter drink that is enjoyed during Christmas. It is made with red wine and a number of mulling spices like cinnamon, cloves, nutmeg, star anise, etc. The alcoholic beverage is served hot to ward off the winter chill. However, nowadays non-alcoholic versions of the wine are also available for teetotallers to enjoy. 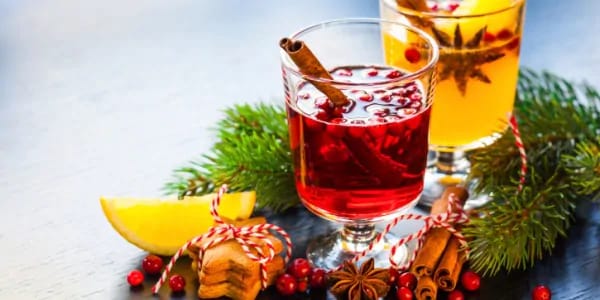 Yule log is another dessert that is prepared during Christmas, especially in Belgium, France, Switzerland and the United Kingdom. It is a sweet roulade that is made from sponge cake. It is chocolate-flavoured and is made to resemble the Yule Log, which is a specially selected log burnt on a hearth as a Christmas tradition in some countries.

The traditional Christmas foods may vary according to the country that you're in, but the spirit of Christmas is the same everywhere - joyful and indulgent! Merry Christmas to everyone!