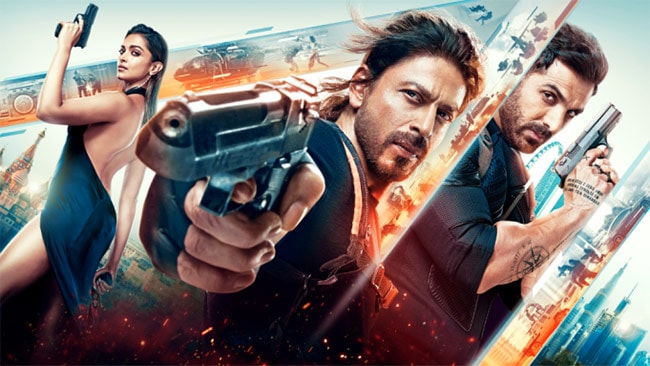 Fans are going crazy as Shah Rukh Khan-Deepika Padukone starrer Pathaan hit the theatres on Wednesday. The film marks SRK's return to the movies after a gap of over four years, and opened to a positive response in cinema halls across the country. But amidst the frenzy, a fake video that shows Prime Minister Narendra Modi enjoying the film's trailer in his office is going viral. The doctored video shows PM Modi clapping as action-packed scenes from Pathaan play on the television.

The video has been viewed more than 46,000 times and received nearly 100 retweets.

The 25-second video also has text super that says 'PM Modi watched Pathaan trailer in his office today'. It was posted on January 18, more than a week after Pathaan's trailer was officially released.

Users were quick to point out that it is a fake video, and asked such "misleading" things to be stopped. Others were impressed by incredible editing.

The video is actually from 2019, when PM Modi watched the launch of India's moon mission Chandrayaan-2 from his office. He is seen clapping as then ISRO chairman celebrates the lifting-off of the rocket from his office along with other space scientists.

Pathaan has the highest screen count of any Hindi release - it's showing on 8,000 screens worldwide. And out of these, 2,500 are abroad. The film has opened in over 100 countries, also a record.

Uber's CEO Almost Turned Down The Job Offer, Here's What Happened Next