"Given the incredibly inaccurate and misleading attacks on my father, I feel that I can no longer stay silent," wrote Moses Farrow 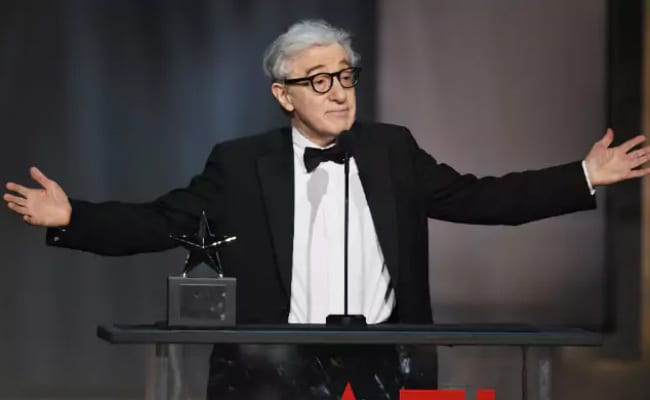 New York: Moses Farrow, the adopted son of Mia Farrow and Woody Allen, released a lengthy personal essay Wednesday, disputing allegations that his father molested his sister and accusing his mother of abuse. Film director Allen has faced widening isolation over allegations that he molested his adopted daughter Dylan Farrow as a seven-year-old in 1992, leading a string of actors to distance themselves from him.

While Moses Farrow is long known to have taken his father's side, his blog detailed his recollections of what happened and his own allegations of mistreatment at the hands of his actress mother.

"Given the incredibly inaccurate and misleading attacks on my father, Woody Allen, I feel that I can no longer stay silent as he continues to be condemned for a crime he did not commit," he wrote.

Aged 14 at the time, Moses said there were five children and three adults in the house at the time of the alleged incident in August 1992, "all of whom had been told for months what a monster Woody was."

Dylan's claim first surfaced in the midst of her parents' bitter split, when Allen left Mia Farrow for her adoptive daughter from a previous marriage, Soon-Yi Previn, 21 years old at the time.

Moses drew a comparison between Allen being accused "only once, by an enraged ex-partner during contentious custody negotiations" and other heavyweights facing multiple allegations in the #MeToo era.

"Dylan was alone with Woody in his apartment countless times over the years without a hint of impropriety, yet some would have you believe that at the age of 56, he suddenly decided to become a child molester in a house full of hostile people ordered to watch him like a hawk."

Allen - the director of more than 50 movies and a four-time Oscar winner also showered with awards in Europe - has always denied the allegations, which have never been proved.

He remains married to Soon-Yi.

Moses claimed that going against Mia's wishes "would bring horrible repercussions," accusing her of "coaching, drilling, scripting, and rehearsing - in essence, brainwashing" her children.

Promoted
Listen to the latest songs, only on JioSaavn.com
He also accused the actress of hitting and slapping him, as well as pushing and shouting at him, and called his own public denouncement of Allen at the time as "the biggest regret of my life."


(This story has not been edited by NDTV staff and is auto-generated from a syndicated feed.)
Comments
woody allenwoodly allen molestation charges