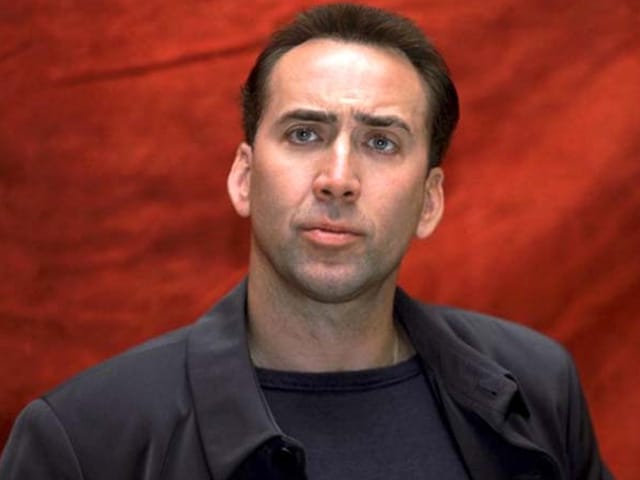 A file photo of Nicolas Cage.

Los Angeles: Actor Nicolas Cage, who is usually choosy about his roles, has admitted that he turned down a role in Peter Jackson's iconic movie series The Lord of the Rings trilogy, reports aceshowbiz.com .

The Left Behind actor revealed that he was offered the role of Aragorn in the trilogy, but he ended up turning it down.

"There were different things going on in my life at the time that precluded me from being able to travel and be away from home for three years," Mr Cage was quoted as saying by newsweek.com.

He didn't mention specifically what those "different things" were, but it seemed like the veteran actor didn't want to leave his family to shoot the movies back-to-back for three years in New Zealand.

He was very grateful that he could enjoy the movies without being distracted.

"But the thing about those movies is that I can watch them. I can enjoy them as an audience member. I don't really watch my own movies. So I genuinely do have the joy of watching these, especially The Lord of the Rings," he said.

Mr Cage didn't even regret passing on the role, although it might have been one of the biggest roles of his career.

"I don't really have any regrets. I think regret is a waste of time. I try to always move forward as opposed to dwelling on the past or the movies that might have happened," he said. (Also Read: Nicolas Cage as Desperate Father in Pay the Ghost Trailer)