Undekhi Review: The Web-Series Is Buoyed By A Handful Of Solid Performances

Undekhi Review: The show more than makes up for what it lacks in terms of star power with its twists, turns and thriller trappings. 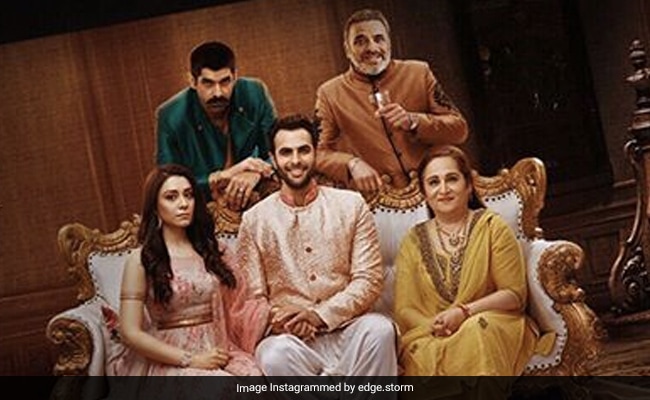 The streaming platforms are swarming with odious law-breakers, overstretched cops and unsuspecting innocents caught betwixt the two. At first flush, SonyLIV's Undekhi offers more of the same. The crime thriller pits a Hemant Kumar-humming police officer against an ostentatious Manali family that seeks to get away with murder.

Undekhi has no superstars. But it has a sturdy story, actors who breathe life into the characters and a screenplay that delivers normative fare with a semblance of style and seriousness.

The broad construct is this: a criminal clan abuses power and pelf oblivious of the collateral damage. A Bengal police officer arrives in pursuit of a murder suspect only to be confronted with another homicide committed by an alcoholic patriarch at a big fat Punjabi wedding. The cop sets out to thwart a brazen cover-up.

The policeman's raids on the wedding venue - a sprawling resort - put him in direct conflict with the Atwals, timber merchants who merrily string local police and forest officials along to further their nefarious ends.

Impunity and crime go hand in hand in this fast-paced, moderately gripping tale of a fierce battle of attrition that involves sex crimes, blackmail, murder threats, clandestine deals, a total disregard for moral propriety and a wedding in danger of derailing.

An earnest videographer is in possession of incriminating footage. A tribal girl is forced to flee. And an about-to-wed couple is caught in a cleft stick. The first four or five episodes rattle along at a reasonable clip. Thereafter the series takes a few detours - and a bit of a nosedive.

The key flashpoint of Undekhi is derived from a recent real-life incident in which a dancer was shot in celebratory firing by a drunk man during a marriage function. The series, created/written by Sidharth Sengupta from a concept by Mohinder Pratap Singh and directed by Ashish R. Shukla, whips up a fair level of tension, intrigue and energy.

At a raucous stag party ahead of the wedding, a dancer is shot point-blank by the groom's inebriated, lecherous father (Harsh Chhaya). The crime is shocking but the disruption is minimal. The revelry continues unabated. The dead girl vanishes into the blue. The killer's nephew, Rajinder 'Rinku' Atwal (Surya Sharma), the family's principal troubleshooter, swings into action to keep the law at bay.

Rishi (Abhishek Chauhan), part of a five-member video team led by Saloni (Ayn Zoya), has evidence of the crime on a memory card. He is understandably in big trouble. The slain dancer's younger sister Koyal (Apeksha Porwal), too, is in grave danger. They make a dash for freedom and safety but are never out of harm's way.

DSP Barun Ghosh (Dibyendu Bhattacharya) stirs things up. Alarmed, Rinku throws all caution to the wind. The hatchet man has to reckon with his own conflicted cousin Daman (Ankur Rathee), who intends to return to the US after the wedding because he detests his family's criminal activities; his would-be bride Teji (Aanchal Singh), an Air Force man's daughter who sniffs out the truth; and the self-serving Saloni, a wannabe filmmaker who does wedding shoots for a fast buck.

The police officer isn't an action hero. A month shy of superannuation, he wants to go out in a blaze of glory. But he plays by the book. He is humiliated, shoved around, even slapped. He doesn't lose his cool. He is called an inspector and a thulla. He takes the ignominy on the chin. Not that his stoicism makes any difference to the Atwals and their crass henchmen.

Hemant Kumar songs are DSP Ghosh's stress-busters. He hums Yeh Nayan Darre Darre and Na Tum Humen Jaano Na Hum Tume Jaane to ameliorate his travails in a part of the country that is more at ease with Main Jat Yamla Pagla Deewana.

In one scene, as DSP Ghosh waits for the fax machine to deliver a crucial search warrant, he croons RD Burman's timeless Bengali hit

Mone Pore Ruby Roy, the mukhda plus a complete antara. The language we hear outside is crude and the ambience fraught, but this unusually taciturn cop thrives on retreating into a shell that shuts out the offensive surround sound.

If the cuss words that fly thick and fast are meant to establish how terribly uncouth the Atwals are, excess makes a mockery of the goal. The expletives are laid on so thick that oftentimes they seem to have been bunged in only to conceal the dips in the dramatic graph.

Undekhi is buoyed by a handful of solid performances. Dibyendu Bhattacharya, who, for a change, gets an extended role that his talent merits, is terrific. The actor brings poise and power to bear upon the portrayal of the unassuming, soft-spoken policeman.

Bhattacharya is restraint personified when he delivers his lines. But his measured, meaningful pauses - especially when the cop is either in a spot or faces provocation - are what define his control over the performance.

Model-turned-actress Apeksha Porwal, in the guise of a girl uprooted from the swamps of the Sunderbans and dumped into a hell-hole in the hills, and Surya Sharma (last seen in the Hotstar series Hostages) also make a strong impression in spite of being saddled with roles that could have done with more nuance and range.

The meat around the show's heart is sometimes thin. A few of the key character arcs are riddled with inconsistencies. The principal antagonist, so cocksure that he is never assailed by self-doubt or in danger of succumbing to equivocation, lacks the psychological depth that separates a run-of-the-mill villain from a fully rounded arch-enemy.

Papaji, the character Harsh Chhaya plays, is a caricature, loud and ludicrous. The actor doesn't help matters - he goes with the flow and turns the obstreperous old man into a grotesque figure in the process.

Also, the "law of the jungle" analogy that Undekhi evokes via the character of the tribal girl trapped in a hostile urban terrain, caged and treated like an animal remains a shallow, laboured device even when the woman comes into her own after finding her way back into the wild.

Barring the cop and the goon (and, to a lesser extent, the forest girl, whose back story takes eons to come to the fore), none of the other characters in this densely plotted series is psychologically coherent. In fact, the videographer who knows too much and the bride-to-be who has second thoughts about marrying into a family of crooks are erratically etched.

As for the series as a whole, it may be hard to turn a blind eye to its failings but it isn't unwatchable either. Undekhi more than makes up for what it lacks in terms of star power with its twists, turns and thriller trappings.

(Undekhi streams on SonyLIV from July 10)