U2 Plays Mumbai In December: Ticket Prices, Concert Plan - Everything You Need To Know

U2 will perform in Mumbai on December 15. U2's Mumbai concert will be brought to India by BookMyShow and be produced by Live Nation Global Touring. 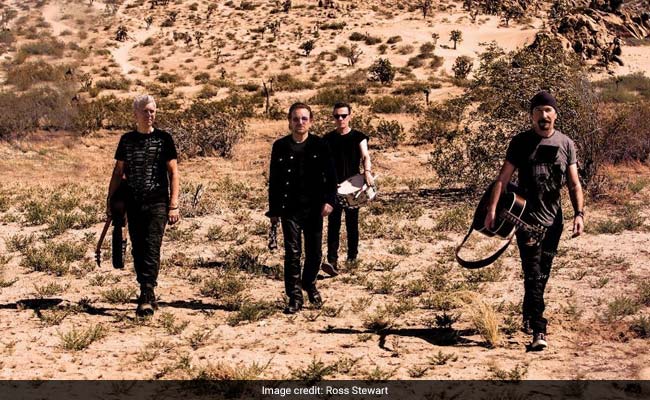 All-time favourite band U2 just announced its first ever India concert with Mumbai as the chosen city and we have jotted down all details for you. Speaking to NDTV in an exclusive interview, U2 frontman Bono and lead guitarist The Edge revealed they can't wait to play in Mumbai because "it will be fun to see a whole new audience getting to know those songs played live has an entirety." Bono, who told NDTV that India holds a special place in their hearts, added: "It's our first time in India and we are pretty excited," while The Edge added: "Good things come to those who wait and we've been waiting to come to India. So, we're really excited." U2, comprising Bono, The Edge, Larry Mullen and Adam Clayton, will perform in Maximum City in December with this motto - "Mumbai. Let's rock the house," said Bono.

"Mumbai is the perfect city to end our JT 2019 tour. Very excited to see you there," U2 drummer Larry Mullen said in a statement while fellow band-member Adam Clayton added: "We're much looking forward to bringing a dash of Dublin to Mumbai, India. A country famous for its rich culture of art, music, movies, theatre, literature, food and so much more. There is a lot of excitement in the U2 camp."

U2 will perform at Mumbai's DY Patil Stadium at 4 pm on Sunday, December 15. U2's Mumbai concert will be brought to India by BookMyShow and be produced by Live Nation Global Touring. Speaking to NDTV, Bono said: "I hope it's good news (for fans in India). It certainly is good news for our band that we are coming to Mumbai on December the 15th."

A look at the playlist:

The tour celebrates U2's fifth album, The Joshua Tree, released in 1986-87 and hence, the playlist will comprise all songs from the album chronologically, which means Mumbai will groove to hits like With Or Without You, Where The Streets Have No Name and I Still Haven't Found What I'm Looking For. U2's Mumbai concert will be a three-act show and the band will also play songs from other albums.

Fans can also purchase general tickets from October 1 at 12 noon onwards with prices for reserved seats ranging from Rs 3,000 to Rs 14,000. General admission tickets will be prices at Rs 6,000 (excluding service fees). Tickets will be available on BookMyShow and LiveNation.

U2's The Joshua Tour kick-stars on November 8 with the first concert in New Zealand's Auckland and wraps with the Mumbai show. The Joshua Tour will mark U2's return to destinations like New Zealand, Australia and Tokyo while the band will have their debut concerts in Singapore, Seoul and Manila other than Mumbai.