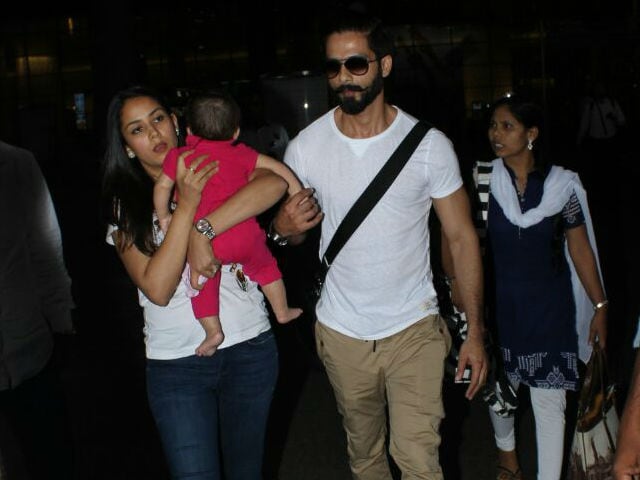 New Delhi: Shahid Kapoor and Mira Rajput were spotted at the Mumbai airport with their tiny daughter Misha, who, unlike, previous times wasn't swaddled in wrappings to shield her from the cameras. The pictures taken by the photographers present are trending now. Mira handled Misha, who was dressed in red and looked super cute, with ease while Shahid walked by her side holding on to his seven-month-old daughter. Shahid has also shared pictures of Misha on photo-sharing portal Instagram. We love the ease with which Shahid Kapoor walked past the shutterbugs with Mira and Misha.

Here are some pics of Shahid Kapoor with Misha and Mira at the airport: 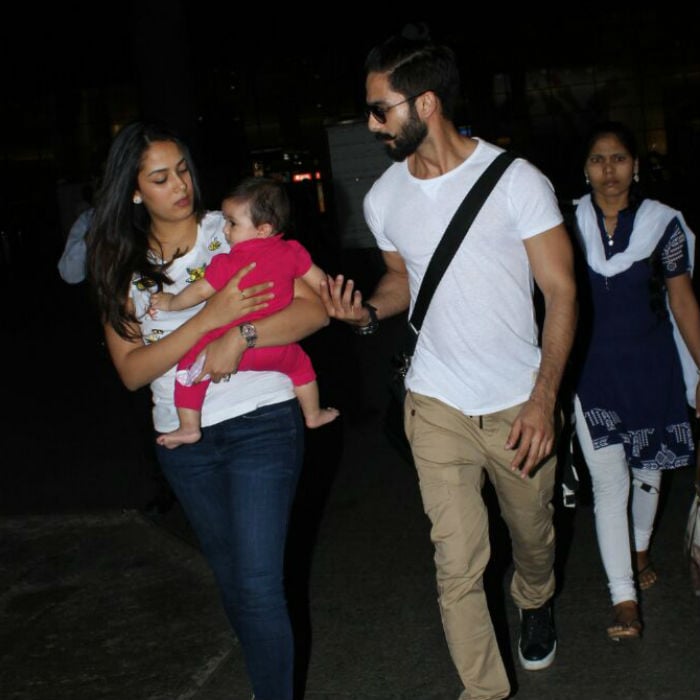 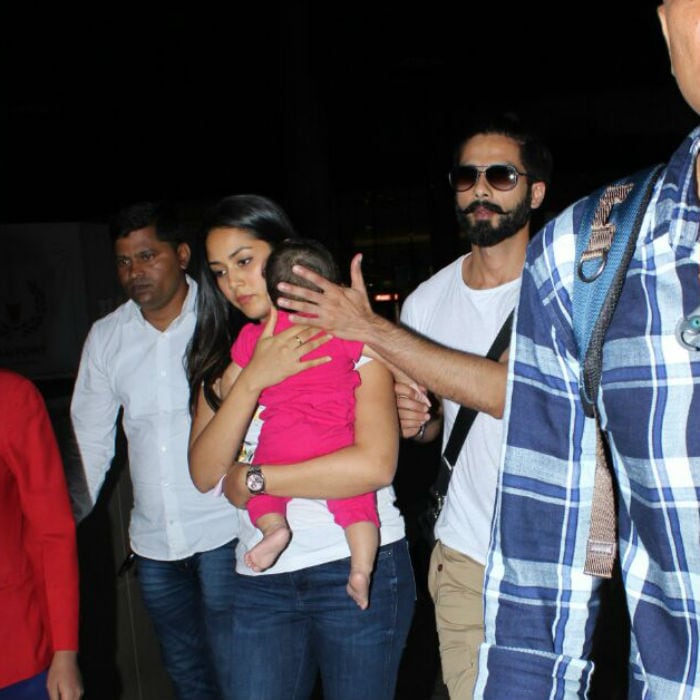 Shahid, Mira and Misha in Mumbai

Meanwhile, Mira Rajput is still being discussed for her remarks on feminism and making a puppy to baby analogy when she was invited for a talk session at an International Women's Day event. Mira said then, "I wouldn't want to spend one hour with Misha and then rush off to work. Why did I have her? Misha is not a puppy." After outrage on social media, Shahid defended his wife saying: "I think Mira is speaking for a section of women who really aren't being represented. There are times when those women feel that they should not be celebrated. By that I mean women who might not be doing a job, who might choose to be at home, have a baby, take care of the baby and consider that important enough to do at a certain stage in your life," reported PTI.

Shahid Kapoor married Mira Rajput in July 2015 and their daughter was born in August a year later.

Promoted
Listen to the latest songs, only on JioSaavn.com
Shahid Kapoor was last seen in Vishal Bhardwaj's Rangoon and is currently working on Sanjay Leela Bhansali's Padmavati, which co-stars Deepika Padukone and Ranveer Singh.