"Torn But Not Damaged": Jacqueline Fernandez's Latest Post Is About...

Jacqueline Fernandez looks stunning as always in the new pictures 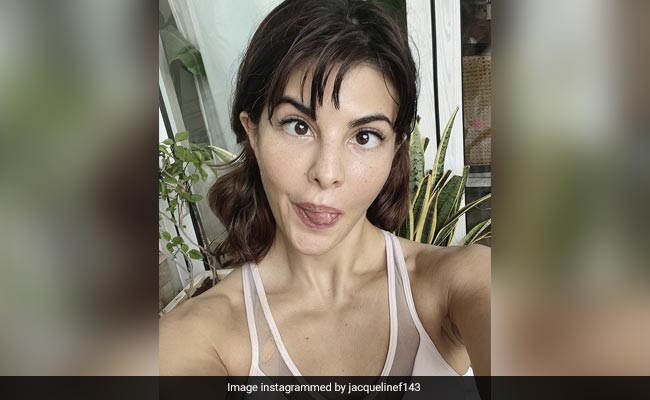 If sunshine had another name it would be Jacqueline Fernandez. The stunning actress exploded on our screens over a decade ago in 2009 and has enthralled us with several performances since. In addition to her cheery presence onscreen, Jacqueline Fernandez is often seen at her candid best on social media. The actress, who does not shy away from keeping it real, has now posted a picture in which she is seen in a torn top. But it looks like the actress is not ready to say goodbye to the garment. After all, as Jacqueline declares in the caption, the outfit is “torn but not damaged”. In one of the two images,  Jacqueline Fernandez is seen making a funny face while in another, she smiles for the camera.

The actress also keeps her fans updated on her professional developments through social media posts. A week ago, Jacqueline Fernandez shared a picture from the sets of Ram Setu alongside Akshay Kumar. “Feels great to be back on sets with team Ram Setu in my fav Ooty! Nature at its best,” she wrote.

The Sri Lankan beauty was also seen bonding with singer Yohani, who became a viral sensation in the country following her cover of the song Manike Maghe Hithe. The two talents from the island country were seen fangirling over each other in a post shared by Yohani. Sharing a bunch of pictures with Jacqueline, Yohani kept the caption simple with the hashtag “starstruck” and “Sri Lankan”. Replying to the image, Jacqueline said, “So so proud of you”.

Jacqueline Fernandez has been grabbing headlines lately after being called in by the Enforcement Directorate (ED) in connection with an over ₹ 200 crore money laundering case. Her spokesperson on Saturday, however, clarified that the actress is being called to testify as a witness by the ED. The statement from the actress' team came two days after Jacqueline Fernandez was deposed before the federal agency.

Jacqueline Fernandez made her debut with Aladin in 2009. She is known for her role in films such as Murder 2, Race 2, Housefull 2, Housefull 3, Judwaa 2, and Mrs Serial Killer. She will be soon seen in Bachchan Pandey,Ram Setu and Cirkus. She was last seen in Bhoot Police.