The actor shared the clips on Instagram and referred to his slipped disc during the shoot. 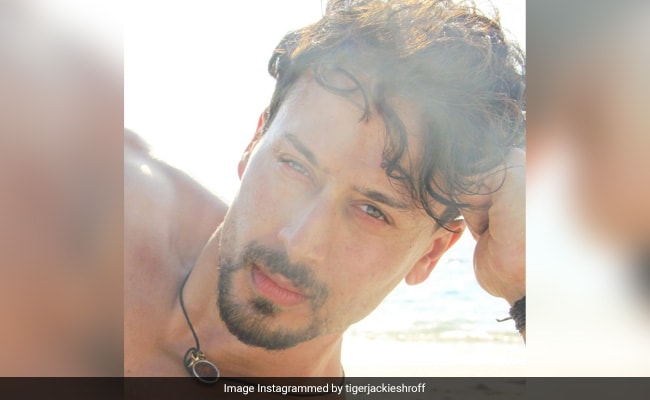 We can't count the number of times we've watched Tiger Shroff sporting an incredible stunt and wondering, "How on earth does he do that?" Some of us are sceptics and would say that those are all "fake" stunts he does on screen. Well, if you know some of those sceptics, just send them over to Tiger Shroff's Instagram page. Because that's where he posts videos from his training sessions and shoot sets. The actor, on Wednesday, posted two throwback clips from Baaghi and, after watching all his training sessions, we know the actor had done those unbelievable stunts by himself despite a slipped disc during the shoot. In his post, he has two videos from a chase scene in the 2016 film Baaghi. In the first video, Tiger Shroff is seen running down a busy market street while some goons chase him down. First, he jumps over a bamboo ladder, then leaps over a scooter and then, slips into a passing autorickshaw and smoothly swivels his way out on the other side of the street -- all with great timing.

The second clip is a continuation where the goons are still after him. He jumps and flips over a table, then leaps over a vendor's stall while kicking a bad guy and does a major backflip to land his feet right on a guy's head.

Tiger Shroff captioned his post, "A or B? Slippery streets and a slipped disc, no wonder I couldn't shake the bad guys off." While the actor's mother Ayesha Shroff praised her son with the comment, "Mehnat (hard work)", his rumoured girlfriend Disha Patani said, "Insane."

We can vouch for Tiger Shroff's acrobatics skills and after mastering his backflips, look how the actor has stunned us with a double flip. He captioned this post, "Hope you guys have a flying start to the week."

Sometimes, Tiger Shroff's stunts are so quick that you may want to rub your eyes to believe what you see. Here's a video where he kicked four kicking pads with such lightning speed that our eyes couldn't even catch up.

He's a master of not only speed and kicks but also of jumps and leaps. In this video that he shared in April, Tiger Shroff runs towards a 153cm blue cushion wall and smoothly jumps over it to the other side without even touching the wall.

The actor is also seen doing some hefty lifts and squats in a video that he shared this month. Guess the weight on his bar. It's 180kg. He wrote, "Think I had another rep in me?" Kudos to his vigour.

Tiger Shroff will soon be seen in Baaghi 4.