"The Virat Kohli I See Every Day Is Different": Anushka Sharma Reveals The "Many Layers" Of Her Husband

"I know the real him," Anushka Sharma said about Virat Kohli 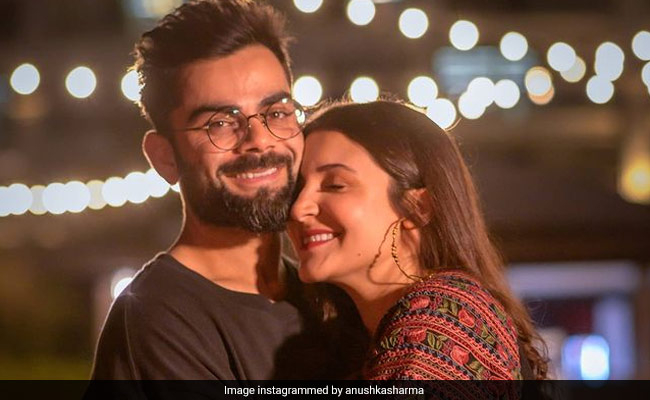 Anushka Sharma opened up about the "many layers" of her husband and cricketer Virat Kohli in her latest Instagram post on Wednesday and it is everything love. The actress, in a video, talked about how the person she sees every day is "different" from the Virat Kohli the world knows and sees "on ground." Anushka Sharma and Virat Kohli got married in a fairy-tale wedding in Tuscany in December 2017. The couple welcomed their first child in January this year. In the video, which features Anushka Sharma and Virat Kohli, the actress can be heard saying: "People always see the on-ground Virat Kohli. The one I see every day is different. I know the real him. A side that is only known to me. A new story every day, just for me. He finds the perfect balance of passion and calm. He is funny, he is caring. There are so many layers to his passion, just like his story."

Anushka Sharma and Virat Kohli's love story began on the sets of a commercial shoot in 2013, after which they fell in love, got married and are now proud parents to baby daughter Vamika. See pictures of the duo with their daughter here:

Anushka Sharma has featured in films like Rab Ne Bana Di Jodi, PK, Band Baaja Baaraat, Sultan and Ae Dil Hai Mushkil. She was last seen in the 2018 film Zero, in which she starred alongside Shah Rukh Khan and Katrina Kaif.

Anushka is also a producer. Her last projects as a producer were Netflix film Bulbbul and Amazon Prime Video's web-series Paatal Lok. She will also back Qala, which will mark Babil Khan's acting debut.