The Matrix Resurrections : How Priyanka Chopra's 16-Year-Old Self Helped Her Film A Scene 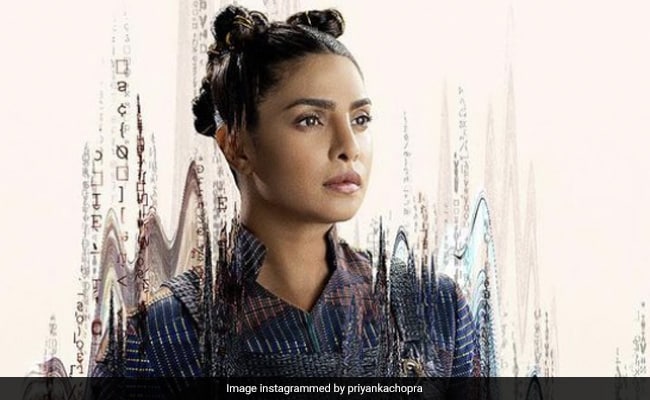 The fourth Matrix film releases this month and nobody is more conscious of how momentous the occasion is than Priyanka Chopra who appears in it. Priyanka, who plays a character named Sati in The Matrix Resurrections, had a Neo-struck moment while filming a scene. Appearing on Jada Pinkett-Smith's chat show Red Table Talk with original cast members Keanu Reeves and Carrie-Ann Moss, Priyanka said she had "all of those words" to say in the scene and got through it by reminding herself about her 16-year-old self - Priyanka was 16 when The Matrix released in 1999 and changed cinema forever.

Asked by Jada - also a Matrix cast member - how it felt to be in The Matrix Resurrections, Priyanka Chopra said, "I think the Matrix trilogy changed cinema. I remember when the first Matrix came out so clearly. I was 16. I remember how it shifted culture, in terms of the questions and themes it treaded upon in terms of consciousness and reality. So when I got the call from my agent, I remember I was in India filming something, and they were like, 'Oh, Lana (director Lana Wachowski) wants to meet you tomorrow in San Francisco. I drove to the airport. I was like, 'Sure!' Whatever it takes to get the opportunity to work with all of you lot, it's just such a privilege and an honour," reports People.

Being around Keanu Reeves and Carrie-Ann Moss, who reprise their roles as Neo and Trinity, made Priyanka just a little nervous. "I really had a moment when we were doing that one scene in Berlin and all of you were standing across from me and I had all of those words," says Chopra Jonas. "I remember my hands sweating. I told myself that 16-year-old me would never forgive myself if I didn't get my words right in front of all of you," she told Jada Pinkett-Smith, reports People which has access to a clip from the show.

So how did Priyanka Chopra do? "You rocked it," Keane told her on Red Table Talk on which Priyanka appeared via video link.

Jada Pinkett-Smith played the supporting character Niobe in the second and third Matrix films - Reloaded and Revolutions - and she appears as Niobe in The Matrix Resurrections as well. There are no other actors from the original trilogy in the fourth film apart from Keanu Reeves, Carrie-Ann Moss and Jada; the role of Morpheus, originally played by Laurence Fishburne, has been taken over by Yahya Abdul-Mateen II, and Jonathan Groff has been cast as Agent Smith, the antagonist played by Hugo Weaving. Priyanka's role, Sati, has also been recast - the character was portrayed by Tanveer K Atwal in The Matrix Revolutions. Also joining the fourth film is Neil Patrick Harris as Neo's therapist.

The Matrix Resurrections will release on December 22.