The Girl In The Spider's Web Movie Review: Dragon Tattoo Sequel Is Silly, But Claire Foy Makes It Work

The Girl In The Spider's Web Movie Review: Claire Foy's Lisbeth may be stuck in a silly movie, but she's nobody's victim. 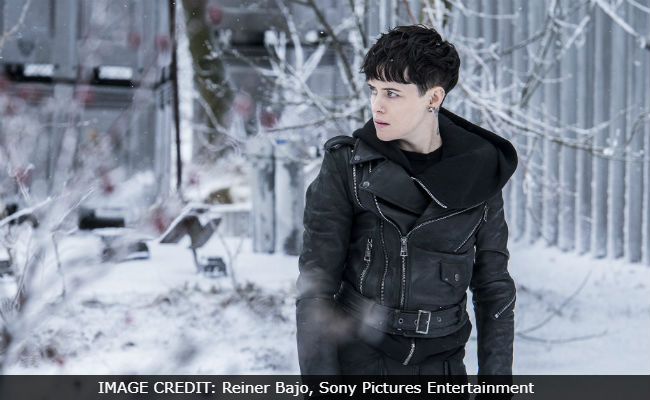 A still from The Girl In The Spider's Web. (Image credit: Reiner Bajo, Sony Pictures Entertainment)

Something's different about Lisbeth Salander. Could it be the hair?

To be sure, the titular protagonist of The Girl in the Spider's Web: A New Dragon Tattoo Story has changed her look dramatically since 2011's The Girl With the Dragon Tattoo. There, she sported an asymmetrical, homemade-looking punk-rock mop and several scary facial piercings. Here, she looks like a medieval monk who time-traveled to the West Village: hip, but just this side of severe.

One other thing: The character in the new film is played by Claire Foy. The other one was played by Rooney Mara.

And yet there are more changes than meet the eye in this second American film based on the endearingly damaged, avenging-computer-hacker character created by the late Swedish writer Stieg Larsson. Skipping books 2 and 3 of Larsson's best-selling trilogy, which have not yet been made into Hollywood films, and possibly never will be, Spider's Web has jumped ahead, taking its inspiration from a fourth Lisbeth Salander novel that was written by David Lagercrantz after Larsson's death. (Larsson's domestic partner, Eva Gabrielsson, has bitterly criticized Lagercrantz's book as "grave robbing.")

Judging only by these two films, the Lisbeth of Tattoo - at once feral, brilliant, angry, ethically challenged and, in all likelihood, somewhere on the spectrum - has morphed into a kind of elite ninja warrior and international cybercriminal: an emotionally distant Jane Bond with a bad attitude and a black belt in Krav Maga.

In some respects, this Lisbeth doesn't feel like the same person, even taking into consideration her character's evolution in the intervening books (which did get made into Swedish movies starring Noomi Rapace). The Lisbeth of Spider's Web is still, as she is variously described in the new movie, a "hacker with a history of aggravated assault," "the girl who rights wrongs," "the girl who hurts men who hurts women" and a "freak." But there's a level of professionalism and polish to what she does that is slightly off-putting.

It's as if, in this go-round, the dragon tattoo that adorns much of Lisbeth's body had been replaced with a logo. As this movie's ungainly subtitle suggests, the freak has become a franchise.

In many respects, the fault lies not with Lisbeth but with the overly conventional story she's caught up in, like a - sorry - spider's web. After the Stockholm-based Lisbeth is hired to steal software from the National Security Agency - a program that would enable any user to access the military arsenals of any country - she has second thoughts about handing it over, even to the guy who created it (Stephen Merchant). But other, potentially less scrupulous people want it, too: the NSA agent who let it slip through his fingers (Lakeith Stanfield); his counterpart in Swedish intelligence; and a shadowy collective of mercenaries and arms brokers known as the Spiders.

Events proceed as they so often do in these things. Cars are chased and bullets are dodged - some less successfully than others - until the cliches start clanging like clockwork, drowning out what was so appealing about Lisbeth in the first place; her quiet, almost mesmerizing brokenness. (She's a survivor whose trauma, perversely, feeds her, as we learn in a flashback prologue to Lisbeth's childhood. A tantalizing bit of personal history, and how it has empowered her, is revealed.)

Foy makes for a magnetic, if poker-faced, heroine, even if her partner, journalist Mikael Blomqvist, is a washout this time. Replacing Tattoo's Daniel Craig, Swedish actor Sverrir Gudnason has a much smaller role here as Lisbeth's sidekick - and a much more forgettable screen presence.

Spider's Web may have its flaws, including a bit of villainous motivation so oversimplified it makes Dr. Evil's thought processes look like Einstein's. And yet despite Lisbeth's makeover, there's still something cool, complicated and compelling about this Girl. Lisbeth may be stuck in a silly movie, but she's nobody's victim.