"Not fair Sushi! One week everything changed! Not fair my baby," wrote Ekta Kapoor 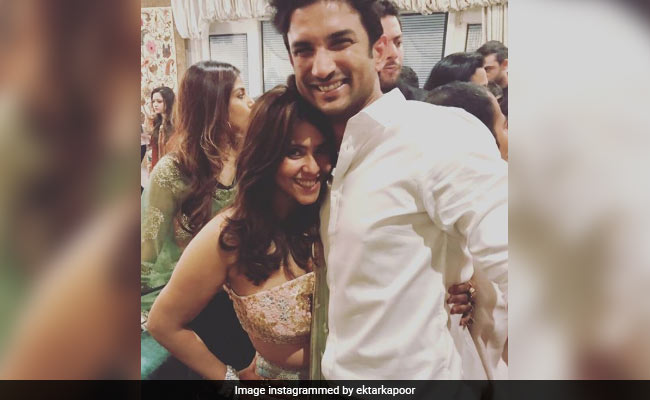 The film industry has been left shocked and saddened by the tragic death of actor Sushant Singh Rajput, who was found dead in his Mumbai home on Sunday. Among the flood of tributes that have been posted since was one from producer Ekta Kapoor, who gave Sushant Singh Rajput his break as an actor. Two weeks ago, Ms Kapoor revealed on Instagram the story of how the TV channel that aired Pavitra Rishta opposed the casting of Mr Rajput. Her post prompted an exchange of comments with the actor, a screenshot of which Ms Kapoor attached with her tribute post.

In her original post, shared on Pavitra Rishta's 11th anniversary, Ekta Kapoor revealed that the channel that aired the show needed some convincing that Sushant Singh Rajput, then a newbie playing second lead on the Ekta Kapoor-produced show Kis Desh Mein Hai Meraa Dil, was the right fit for the lead role of Manav on Pavitra Rishta. She held out and he was eventually cast, rising to stardom on the small screen and then on the big. "And I'm forever grateful to you ma'am," Sushant Singh Rajput commented on Ms Kapoor's post.

Ekta Kapoor Instagrammed her exchange with Mr Rajput on Sunday: