Special Ops Review: A mixed bag, steady and neat in the matter of laying out the details but a tad tentative, if not wholly feeble, with its final punch. 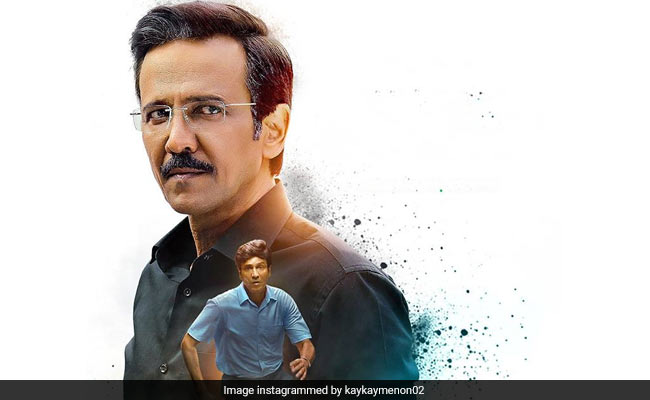 Special Ops Review: A poster of the web-series (courtesy kaykaymenon02 )

Intermittently gripping and slow-burning, Special Ops, an eight-episode Hotstar series created by Neeraj Pandey, is a sprawling espionage actioner that takes its own sweet time to glide towards two suspenseful climactic build-ups. One of them is a genuine now-or-never flashpoint, the other turns out to be something akin to a red herring despite whipping up a fair degree of tension and anticipation. That is the kind of thriller this is: a mixed bag, steady and neat in the matter of laying out the details but a tad tentative, if not wholly feeble, with its final punch.

The six-and-a-half-hour web-series, which Pandey has directed with Shivam Nair, is a watered-down and elongated version of his 2015 big screen actioner Baby. That isn't a bad thing at all. For one, it is shorn of overt Islamophobic alarmism. Maintaining an even keel, the directors craft this tale of an undercover operation as a straightforward drama about spies on the trail of a terror mastermind nobody has ever set eyes on.

Kay Kay Menon, who played one of the principal bad guys in Baby, is cast here as an unbending R&AW officer, Himmat Singh, whose single-minded pursuit of the 'main' suspect in the 2002 Parliament attack - a shadowy, slippery figure who got away after the act - constitutes the spine of the story.

The lead actor makes it a point not to play to the gallery, opting instead for a subdued, undemonstrative style. The approach helps Menon lend a steely aura to the plain-speaking secret service agent who inevitably knows too much but revels in playing it by the ear rather that in drawing hasty inferences from the dribs and drabs of info that trickle in from the field. He plays a patient waiting game, which explains why the action in Special Ops spans nearly two decades and unfolds at a deliberate pace.

Himmat Singh is a family man whose wife (Gautami Kapoor) has only a faint inkling of what the man has to reckon with on a daily basis. He frets about his teenage daughter Pari (Revati Pillai) so much that he goes to the extent of cloning her mobile phone in order to track her every move and conversation. Special Ops deviates significantly from regular Bollywood genre devices by situating Himmat Singh's mission not merely in the context of a grand face-off with external enemies - which, of course, is more important than anything else - but also against the backdrop of the departmental and domestic pressures that the unbending officer must absorb as he moves forward with his risk-filled plan.

The villain, played in an understated way by Sajjad Delafrooz, isn't the larger-than-life, hate-spewing monster that Bollywood terrorists usually are. He goes about his business in a quiet, self-assured, sophisticated manner that belies the mound of evil secrets that he sits on.

Himmat's theory that the Parliament attack was engineered by a man who slipped under the radar and escaped to safety is dismissed as fanciful by many within and outside the spy agency, but he is so convinced that he is on the right track that nothing can deflect him. His unwavering work attracts unwanted attention from a peeved minister (Suhaila Kapur), a young gunman who makes an attempt on his life, and sections of officialdom who view his ways with a mix of suspicion and envy.

Not being a big-screen offering top-lined by a Bollywood A-lister, Special Ops is at liberty not to inject a surfeit of gratuitous drama into the proceedings. It is a work of fiction based on true events where the bridge between fiction and truth is erected with welcome restraint although the five Indian agents who work for Himmat Singh, including the two women, can take on any number of adversaries in hand-to-hand combat to prove their mission readiness. The lads are tall, strapping blokes; the girls are strong and wily.

These are trigger-happy action heroes in the conventional mould all right - Himmat Singh is the brain behind the mission and does not ever need to plunge into physical fights - but action isn't all that they indulge in. While one or two of these operatives get greater play than the others, the ones who are in secondary roles aren't exactly left out in the cold.

Saiyami Kher as the globe-trotting Juhi Kashyap and Vipul Gupta, who plays Balakrishna "Bala" Reddy, stationed in Istanbul, belong to the second group. It is suggested that the former has a soft corner for one of the men in Himmat's team. The two have drifted apart: it isn't revealed how and why.

The series clearly does not have the time to allow any hint of romance to blossom beyond just a hint. Yes, Bala's relationship with Aditi Rao (Tanaya Sachdeva), daughter of an India envoy in Turkey, is pursued for a while and then left dangling inconclusively.

Karan Tacker, who is virtually the parallel male lead of Special Ops, delivers an impressive performance as Delhi boy Farooq Ali, handpicked by Himmat to be his man in Dubai. Muzzamil Ibrahim plays Avinash, a sniper who operates out of Baku, Azerbaijan, and is a key part of the plan to nab and eliminate the principal instigator of terror strikes in India.

Farooq is detailed to worm his way into the inner circle of the suave, soft-spoken shipping tycoon Hafiz Ali (Sajjad Delafrooz), who holds the cards that could reveal the identity of the never-seen Ikhlaq Khan, the man the Indian secret agents are desperate to unmask.

The principal twists in the plot involve Farooq's manipulation of people around the powerful Hafiz, include his accountant and most trusted aide Ismail Hassan (Rajat Kaul) and Sonya (Sana Khan), whose dalliance with Farooq takes centerstage in the lead-up to the climax.

Two late entrants into the murky scenario are Sadia Qureshi (Divya Dutta) and her younger sister Farah (Pakkhi Gupta), Muzaffarnagar riot victims who have reason to be drawn into a terror plot aimed at scuttling peace efforts between India and Pakistan.

Two of Himmat's key assets, besides Farooq, there is Ruhani Khan (Meher Vij, cast against type to good effect) - are Muslims, as is the Delhi Police constable Abbas Sheikh (Vinay Pathak), who Himmat Singh frequently turns to for assistance. Special Ops does not, judiciously, ever underline their religious identity.

A large part of the narrative revolves around an internal audit inquiry (in the present day) into the unexplained "miscellaneous" expenses that Himmat has toted up over a long period of time on his covert mission to bring the brain behind the Parliament attack as well as several other subsequent terror strikes to book.

The questions that Himmat faces from a two-member board elicits answers that aren't always to the point, but they do serve the purpose of bringing the viewer up to speed with what has transpired in the course of the 19-year manhunt. During the grilling that plays out over several episodes, we receive information about his crack agents stationed in different parts of the world - Dubai, Tehran, Baku, Tbilisi, Amman and Istanbul.

A shady oilfield deal in Baku, a brief interrogation of 26/11 accused Ajmal Kasab, a reference to kickbacks received by a minister's son in a Russian tech deal, the arrest of a human trafficker who sends poor Muslim girls to the Gulf and a visit by Pakistan's defence minister (Rahul Vohra) to Delhi, among other things, are splashed on to add meat to the plot. Not everything proves sufficiently meaty but to the credit of the makers of Special Ops, they never lose the plot.