Last year, the scene was almost the opposite with Salman at #71 and Akshay at #80 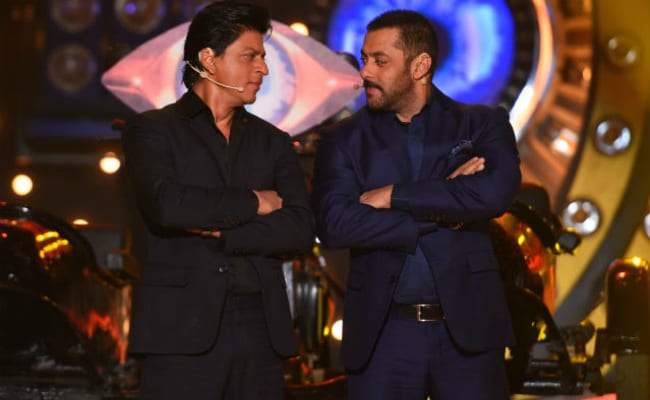 Last year, both the Khans featured on the list

Two Indian actors - Akshay Kumar and Salman Khan - have made it to Forbes' list of 100 highest-paid celebrities of 2018 and guess who is missing from it? Shah Rukh Khan. Last year, the 52-year-old superstar shared the list with Akshay and Salman and featured at #65 - the highest rank amongst the three actors. Forbes' list of 100 celebrities ranks the highest-earning prominent figures from across the fields of arts, entertainment and sports globally. This year, Akshay has trumped Salman and climbed to the 76th spot with his earnings recorded at $40.5 million while the Dabangg star slipped down to the 82nd spot with $37.7 million as his earnings. Last year, the scene was almost the opposite with Salman at #71 and Akshay at #80. American boxer Floyd Mayweather is the highest-earning celeb on the list with a record $285 million as his earnings.

Forbes' introductory bio of Akshay Kumar on the list recognises him as an actor of socially-responsible films like PadMan and Toilet: Ek Prem Katha: "One of Bollywood's leading men has transitioned to socially-conscious roles, such as Toilet, a comedy supporting government campaigns to improve sanitation, and PadMan, about a guy hoping to provide inexpensive sanitary pads to rural communities. He still mints millions from backend profits and endorsing some 20 brands, including Tata and Eveready."

Salman Khan has been introduced as the actor-producer, who also has a steady flow of income from his many endorsements: "This Bollywood mainstay continues to produce and star in hits such as Tiger Zinda Hai, cashing in on backend profits. Coupled with a slew of endorsements from Suzuki motorcycles to Chlormint gum, he remains one of India's top earners."

Floyd Mayweather, at the top of this year's list, is followed by Hollywood superstar George Clooney, TV personality and entrepreneur Kylie Jenner, advocate Judy Sheindlin and actor Dwayne Johnson in the top 5 section. Lionel Messi and Cristiano Ronaldo are also some of the highest-paid athletes, who feature amongst the top 10 on the list. Names like Ellen DeGeneres, Katy Perry, Robert Downey Jr, Taylor Swift, Jay-Z, Kim Kardashian and JK Rowling also occupy spots on the list.