'Nothing to worry,' tweeted Salman Khan, who introduced the Internet to the lead actress of his brother-in-law Aayush's film 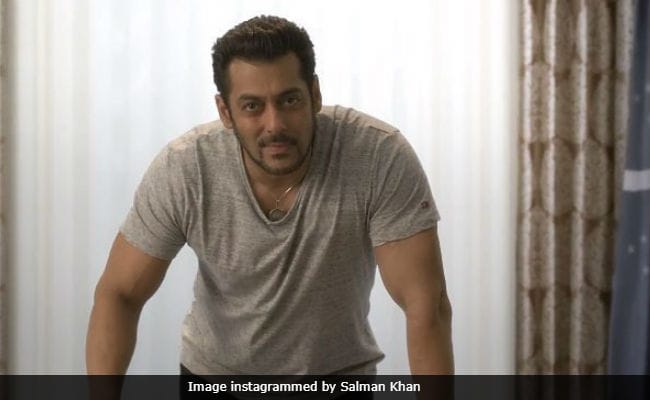 New Delhi: Salman Khan's "Mujhe ladki mil gayi," tweet on Tuesday unsettled many of his fans and followers but only for a few hours. Salman Khan elaborated and revealed that the 'ladki' is the lead actress of his brother-in-law Aayush Sharma's debut film. Warina will feature opposite Aayush in Loveratri, which is produced by Salman and directed by Abhiraj Minawala. "Nothing to worry na Aayush Sharma ki film Loveratri ke liye ladki mil gayi. Warina. Toh don't worry na be happy na," Salman Khan tweeted three hours after his initial tweet.

This is what Salman tweeted initially:

When Salman tweeted, "Mujhe ladki mil gayi," several social media users guessed that the 52-year-old actor may announce the leading lady of his film Bharat but some kept their fingers crossed for a wedding announcement. After all, in 2016, Salman told news agency IANS that he'll tweet when he gets married. "When I am getting married, I will tweet about it. That is something I will keep it to me and my fans," he had said.

Here's a sample of the Internet's reaction after Salman's first tweet:

Please elaborate before I get an heartattack

Promoted
Listen to the latest songs, only on JioSaavn.com
Salman Khan was last seen in Tiger Zinda Hai, which was performed spectacularly at the box office. He is currently filming Race 3, directed by Remo D'Souza, which stars Jacqueline Fernandez, Daisy Shah, Anil Kapoor and Bobby Deol.

Bharat is Salman's next project after Race 3. The leading lasy of this film hasn't been announced. Bharat is produced by Salman's brother-in-law Atul Agnihotri and directed by Ali Abbas Zafar.