Salman Khan couldn't help but groove to the songNayan 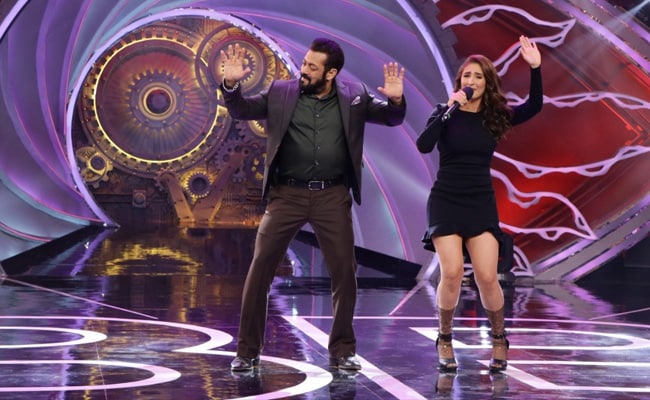 Salman Khan with Dhvani Bhanushali on the sets of Bigg Boss 14.

Pop Sensation Dhvani Bhanushali has truly had a marvellous 2020. Her numerous hit tracks have made her a household name and we all have enjoyed shaking a leg to her tunes. The singer shone yet again as Bollywood superstar Salman Khan danced to her latest release Nayan and the pair had a blast together. T-Series' Nayan by Dhvani Bhanushali and Jubin Nautiyal, which released just a few weeks back has already crossed a whopping 52 million views on YouTube and counting! The pretty singer was on the sets of the popular reality show Bigg Boss 14 to promote her single, and when it played, even Salman couldn't help but start grooving.

In images shared on social media, we can see how the duo are having a gala time together! Fans have gone gaga over these pictures and have shared their love and appreciation for the same on various platforms.

As this year draws to a close, we reflect on how well it ended up being for India's Pop Princess, what with her single Vaaste crossing the 1 billion mark, and now Nayan's stupendous success on all the biggest music charts. We wish the pretty star with the voice of an angel a superb 2021.