Sadak 2 Movie Review: Sanjay Dutt is as as sprightly as a world-weary lumberjack; Alia Bhatt wears a lost-in-the-woods look. 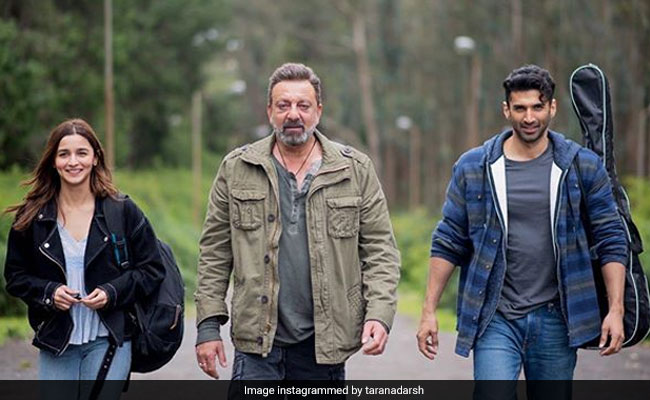 In Sadak 2, Mahesh Bhatt's first directorial venture since 1999, the paths of a taxi driver who has lost his will to live and a 20-year-old girl whose life is in grave danger cross. It isn't a happy intersection. The engine that the film runs on is terribly rusty and the road it takes leads nowhere.

Sadak 2, streaming on Disney Hotstar, is more than two hours of utter bilge, a bewildering to-ing and fro-ing between one bend in the road and the next. With its headlights on the blink, it never comes close to finding a meaningful exit point out of the contrived, circuitous track it strays into without the foggiest idea why it is here.

The actors sleepwalk through their roles in this laughably laboured action drama. The lines they are saddled with are so silly that they are funny. Pointing to the sad-sack cabbie (Sanjay Dutt), the harried girl (Alia Bhatt) tells her as-dull-as-a-tomb boyfriend (Aditya Roy Kapoor): "He is suicidal." The guy replies after a pause that has no reason to exist: "That is insane.: The banality of it all borders on the batty.

It is a difficult to classify Sadak 2. Suffice it to say that it faffs on about fatherhood and filial faith and overstays its welcome by the entire length of its runtime. Somewhere down the road, if you are still invested in what is going on, love and trust drive head-on into avarice and betrayal and leave behind a mangled heap of a movie.

The screenplay, written by Bhatt himself with Suhrita Sengupta, is littered with bad guys led by a greedy godman (Makarand Deshpande) with followers endowed with the gift of outdoing each other in daftness. The nonsense-spouting guru has his eyes on a large amount of money that a wealthy woman has bequeathed to her daughter.

That explains why Aryaa Desai, the heiress, is on the run. She is surrounded by ill-intentioned people, within the family and outside it, who want her dead before she turns 21. That is the age when, under the law of the land, she will get complete control over her massive inheritance and deny her maternal aunt-turned-stepmother Nandini (Priyanka Bose) access to the family wealth. 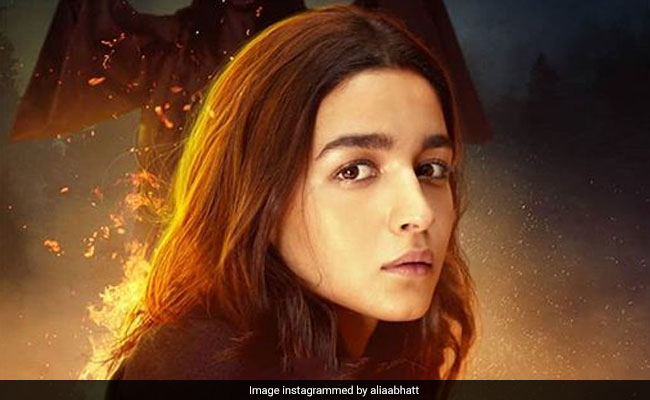 Stepmom brands Aryaa mentally unstable and packs her off to a mental hospital. The girl's feckless father Yogesh Desai (Jisshu Sengupta) is unable to do a thing to help the girl. She flees and knocks on the door of Ravi Prakash (Sanjay Dutt), owner of Pooja Tours and Travels with a taxi booking receipt signed by the latter's dead wife.

Ravi is a total wreck. He wants to kill himself. He misses his wife - Pooja, the prostitute he fell in love and rescued from the vicious transgender pimp Maharani in Sadak, clips from which punctuate this film. He blames himself for the woman's untimely demise.

With death hanging over the two in different ways, Ravi agrees to drive Aryaa to Ranikhet from where she is due to take a helicopter ride to Kailash. She requests the unwilling cabbie to stop on the way to pick up her boyfriend Vishal (Aditya Roy Kapur) from the Central Jail.

That makes it a total of three stories. Aryaa's story centres on her social media account 'India Fights Fake Gurus'. Ravi's revolves around the death of his wife and his sense of guilt. And Vishal's tale is the most convoluted of all. In fact, everybody the trio meets during the trip, including Dilip Hathkaata (Gulshan Grover), a hitman with no right hand, has a yarn to add to the heap. 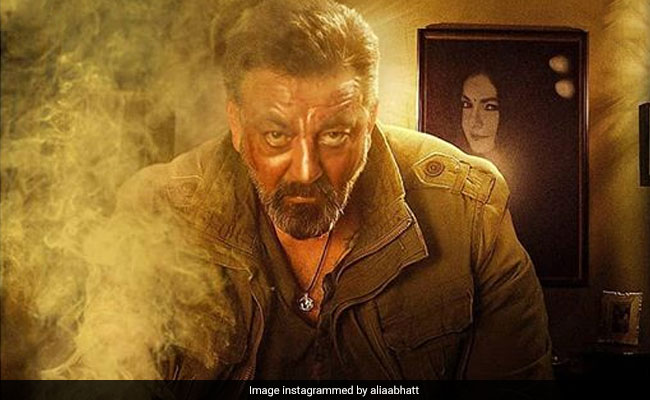 By the time the driver and his two passengers get to know each other well, equations between them change completely. But that isn't all. Amid all the mumbo-jumbo that passes for dialogue, some of it from the mouth of Aryaa herself despite her tall claims to rational thinking, a bunch of new villains come out of the woodwork.

A police officer (Mohan Kapur), who takes orders from the evil guru, joins forces with the handless growler (who, too, is a blind follower of the mad-hatter godman) to execute the plan to stop Aryaa from attaining adulthood.

The screenplay gets itself into a hopeless twist as the heroine's rationalist streak goes for a hike. But not to worry, it makes a return just in time for her to hold forth on the horrors of being taken for a ride, as predicated by the Guruji, by people close to her.

Sadak 2is a ride best avoided. None of the characters who hop on is entirely in control of his or her mental faculties. One is suicidal, another is power-crazed, still another is addicted to drugs. And all of them seem to be driven by a death wish.

Speaking of death, the only character who wills it for himself is Ravi. The rest are in the line of enemy fire. At the outset of the film, two of the women characters - Ravi's wife and Aryaa's biological mother - are dead and gone. For Aarya, death lurks in the shadows. 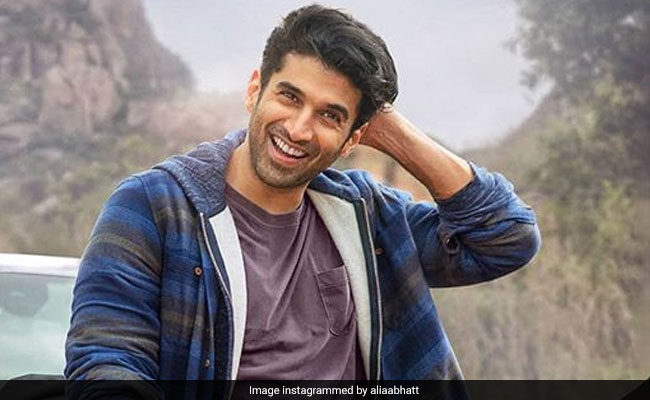 The only woman in the film who is in a safe corner is the girl's mausi-turned-mother. But then this is a world where, as one character declares, there is neither love nor God. In the same breath, he says that "there is no busines like the God business". If that isn't swaying between two extremes, what is?

It would be too much to expect the actors to rise above the debris of such pearls of wisdom. None of them does. Except for a brief patch at the top of the film's final hour, when a twist livens things up just a tad, the cast is left clutching at straws. Sanjay Dutt is as about as sprightly as a world-weary lumberjack; Alia Bhatt wears a consistent lost-in-the-woods look; and Aditya Roy Kapoor settles for an immutable let's-get-the-hell-outta-here expression. Take the hint.

When someone suggests that he turn on the GPS, the cab driver preens that he does not need the help of a machine to find an address. Not bad, but even he cannot guide Sadak 2 to its destination. A journey without a map that shilly-shallies between appalling vacuity and pulpy pontification on life and death, the film is a one-way, dead-end ride. All it yields is a ghastly pile-up of inanities.