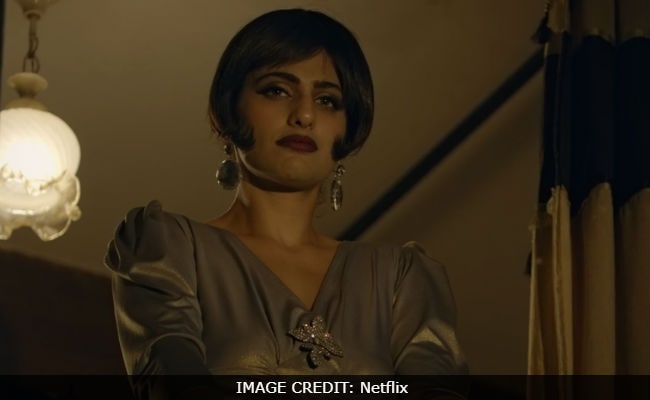 Kubbra Sait, who plays the role of a transgender cabaret dancer in Sacred Games, told Times Now why she shot a frontal nudity scene seven times. She explained that Anurag Kashyap, who co-directed the web-series with Vikramaditya Motwane, even apologised for making her film several times. "He made me do the scene 7 times - every time after the scene, he'd come to me and say I am making you do this so many times, sorry haan... don't hate me, I know you hate me, don't hate me." She added: "I would literally fall on the floor crying every time. He made me cry real-time 7 times. And when we finished the scene, I was still crying on the floor and he hugged me and said I love you so much and thank you for giving me this scene. I walked out of the room and everyone clapped, I didn't know it was so beautifully done."

Before filming, Kubbra revealed what had happened on the sets: "I was laughing then, but I had to cry in the scene. We got to the vanity, he asked me what I drink, I said wine and he said get her a glass of whiskey. So he poured me a glass of whiskey and start reading the lines. Then I also start reading the lines, he takes the paper away and he says to me feel what I am saying... The minute he saw one tear in my eye, he said ab koi baat nahi karega and I am going to see her on set. He poured me another glass of whiskey, nobody spoke to me until I went on set."

Kubbra Sait, who has featured in television series like Fourplay and Going Viral Pvt Ltd, told Times Now that she wasn't apprehensive about taking up the role. "After I went to the audition, they told me there's frontal nudity scene and when you see the show, you can see how beautifully it has been shot. How vulnerable it is. You can never go wrong when you have a great team to work with," she was quoted as saying.

Sacred Games stars Saif Ali Khan and Nawazuddin Siddiqui in lead roles. The show, which is spread over eight episodes of one hour each, released on Netflix on July 6.
Comments
sacred gameskubbra saitkubbra sait transgender dancer