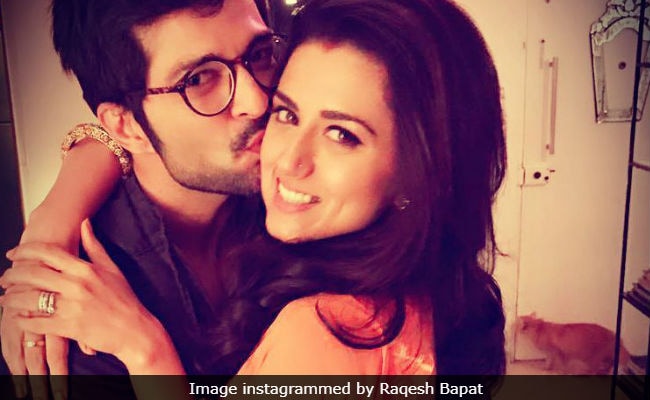 Actors Ridhi Dogra and Raqesh Bapat (aka Raqesh Vashisth), who would have been married for eight years this May, announced their separation, reports Hindustan Times. "Yes, we are living separately. This decision has been taken with mutual respect and care for each other and our families," their join statement read, reports HT. Ridhi and Raqesh added that they are "two best friends who may not be a couple anymore." Ridhi Dogra and Raqesh Bapat met when they co-starred in TV show Maryada - Lekin Kab Tak in 2010. In the same year they co-starred in another TV show Seven. "...Our friendship will continue as it always has, through thick and thin. Appreciate if no further speculation is made and heartfelt gratitude to everyone for all the love you have always given us," they added.

Apart from co-starring in Maryada, Ridhi Dogra and Raqesh Bapat also participated in Nach Baliye 6, a dance reality show for couples. Speaking to Hindustan Times, Ridhi's brother Akshay Dogra said that both of them are holding up well after separation and added: "Life shouldn't be treated dramatically, it's a choice to live happily and coexist with love and compassion."

Ridhi Dogra has starred in shows like Laagi Tujhse Lagan, Savitri, Yeh Hai Aashiqui and she was last seen in Woh Apna Sa.

Raqesh Bapat starred in films like Tum Bin and Dil Vil Pyar Vyar before debuting on the small screen with TV show Saat Phere in 2008. He also featured in shows like Honge Judaa Naa Hum, Qubool Hai and he was last seen in 2018's Tu Aashiqui.