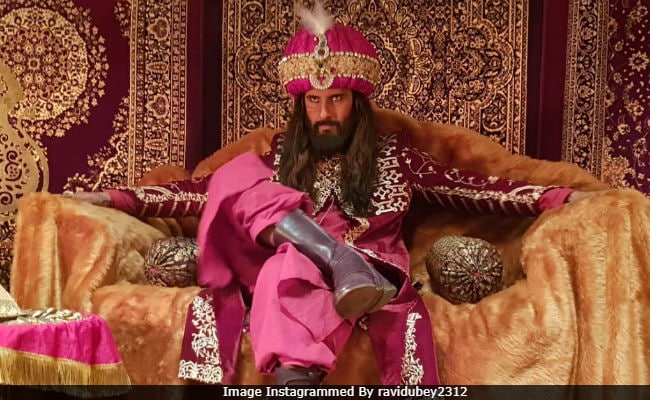 New Delhi: Folks, that's Ravi Dubey and not Ranveer Singh as Alauddin Khilji from "Padmaavat." Yes, trust us. (Difficult to tell the difference, right? Well, you are not alone). Pictures of TV star Ravi Dubey, shared on Instagram as Alauddin Khilji, has left the Internet very confused. Ravi bears an uncanny resemblance to Ranveer Singh, who played Khilji in 2018's blockbuster film "Padmaavat." Ravi's pictures are a part of a promotional strategy for his new show Sabse Smart Kaun. "Even Ranveer Singh will confuse you with himself" and "This is Ranveer Singh pretending to be Ravi Dubey" are some of the comments on his picture.

Ranveer Singh or Ravi Dubey? Just can't tell the difference. Have a look.

Promoted
Listen to the latest songs, only on JioSaavn.com
Ravi Dubey is best-known for his TV shows like 12/24 Karol Bagh, Saas Bina Sasural and Jamai Raja. He has also hosted several reality shows and has also been part of them, the recent one was Khatron Ke Khiladi 8. Ravi recently hosted Entertainment Ki Raat and Rising Star (Season 2) and is now all set to host Sabse Smart Kaun. His next film is 3 Dev, also starring Karan Singh Grover. His wife Sargun Mehta is also an actress.