Ravi Dubey said, "I would feel proud and privileged to act with somebody like Sargun" 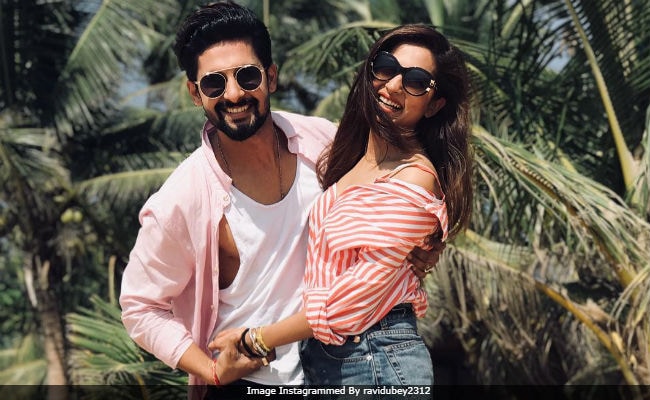 New Delhi: Television actor Ravi Dubey, who is married to actress Sargun Mehta, would 'feel privileged to work' with his wife again, news agency IANS reports. The duo featured together in 12/24 Karol Bagh and also participated in the reality show Nach Baliye. "I would feel proud and privileged to act with somebody like Sargun. We have performed various times on the stage and after 12/24 Karol Bagh, Sargun and I have not done anything in fiction or acted together. So, performing with Sargun in a film will be equivalent to performing with greatness," Ravi told IANS. If given a chance to reunite with any former co-star, Ravi would choose Sargun. "It would have to be Sargun. The reason is not that she is my wife. I have massive respect for her as an actor and performer," he added.

Ravi Dubey currently hosts the singing reality show Rising Star 2 while Sargun is busy with her Punjabi films. She was recently seen in Ammy Virk's song Qismat. The film is currently being shot and releases this September. She has also been party of Punjabi films like Love Punjab, Jindua and Lahoriye. Besides Punjabi films, she has been part of TV shows like Hum Ne Li Hai... Shapath, Teri Meri Love Stories, Kya Huaa Tera Vaada and Balika Vadhu.

Promoted
Listen to the latest songs, only on JioSaavn.com
Ravi Dubey is best-known for his roles in Saas Bina Sasural and Jamai Raja. He was the second runner-up of Khatron Ke Khiladi 8.