Prince Narula And Fiancee Yuvika Chaudhary Will Get Married 'Soon'

Prince Narula and Yuvika Chaudhary got engaged in January 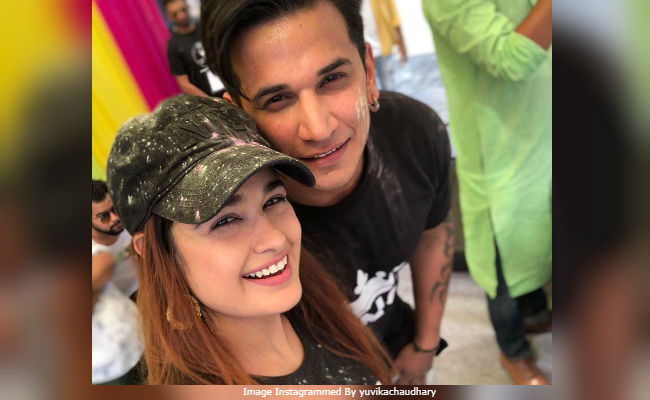 New Delhi: Television actor Prince Narula, who got engaged to actress Yuvika Chaudhary in January, will get married 'soon,' he told news agency IANS. Prince and Yuvika first met on the reality show Bigg Boss 9. "I love Yuvika. We just announced it (our engagement). Why life is very smooth... When I go back home, I know Yuvika is waiting for me. My life is very set right now... I am working and now I have a life partner... Everyone wants a good life partner," he told IANS. Of their wedding plans, he said, "We will get married soon and will announce too whenever I do."

Prince had announced his engagement with Yuvika on social media.

Prince Narula, 29, currently features on the show Roadies Xtreme as a gang leader. In 2015, he had won Roadies 12 and in the same year, he was declared the winner of Splitsvilla 8. Bigg Boss 9 was also won by him. Of reality shows, he told IANS, "Every talent show brings your talent out. But I feel after that people who get that fame don't utilise that rightly. The fame from a reality show is very short... It's how you live up to it."

Besides reality shows, Prince has featured in the TV show Badho Bahu and after Roadies Extreme, he will be seen in a Punjabi film. "There are several series that are coming up where you'd see me. I am also doing a Punjabi project (a film) so I am working on it," he told IANS.

Promoted
Listen to the latest songs, only on JioSaavn.com
Yuvika Chaudhary has starred in films like Om Shanti Om, Summer 2007 and Toh Baat Pakki. Astitva...Ek Prem Kahani was her debut TV show.