Pitta Kathalu Review: In the anthology, four directors abandon their comfort zones and dive into the minds of four women dealing with shifting power dynamics in relationships that border on the dark and the dangerous. 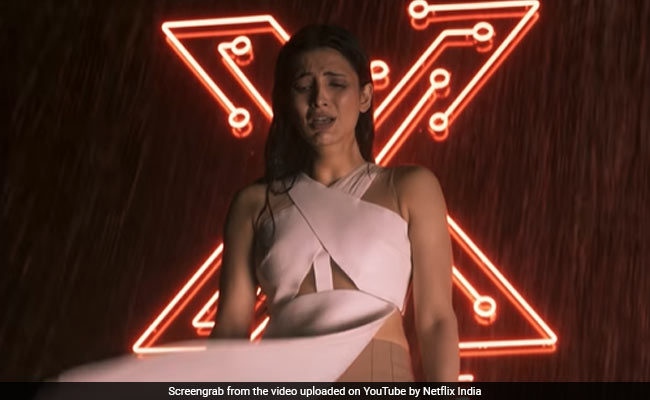 In Netflix's first Telugu-language offering Pitta Kathalu, four directors abandon their comfort zones and dive into the minds of four women dealing with shifting power dynamics in relationships that border on the dark and the dangerous. The anthology is wildly uneven but largely watchable. The four stories are told in markedly different ways. A couple of them strike a chord. The others not so much.

Given the nature of the stories, none of the protagonists is a shrinking violet. These are 'bold' tales about heroines up against men who'd prefer them to be puppets. They are anything but. In depicting varied shades of love and betrayal, seen through a feminist lens (it is another matter that three of these films have been helmed by men), Pitta Kathalu manages to place a bunch of interesting ideas on the table.

Whether reckoning with a jealous and abusive husband or trying to get a commitment-phobic boyfriend to snap out of his confused state of mind or continuing with an ex who has moved on, these girls go the whole hog with varied consequences. No moral judgments are passed on their acts of rebellion and defiance. If anything, Pitta Kathalu encourages the viewers to put their blinkers away and view these women for who they are, not for who they ought to be.

The only segment in Pitta Kathalu that plays out in a rural setting, Ramalu, written and directed by Tharun Bhascker, is the most engaging of the lot. Nag Ashwin's xLife, which explores the power of technology over human lives starved of love, is the most ambitious.

Ramalu, laced with black humour and stylistic flourishes that are played off to perfection against the near-naturalistic storytelling mould, is both disturbing and delightful in its examination of the clash between modern modes of communication and traditional ways of looking at love and life in an orthodox social milieu.

XLife, despite its impressive look, feel and texture, comes across as a work that is unduly conscious of the solemnity of its theme (but more on that later).

The two other stories in Pitta Kathalu, B.V. Nandini Reddy's Meera and Sankalp Reddy's Pinky present more conventional relationship dramas although their eponymous female protagonists thrive on defying the sort of morality that is imposed upon women in mass-oriented Indian cinema.

In Ramalu, a titular character (newcomer Saanve Megghana) is a young rural Telangana woman in love with a former legislator's son Ram Chander (Naveen Kumar Bethiganti). Tik Tok videos and smartphones are the order of the day, but Ramalu believes in not letting her boyfriend touch her until they are married.

And therein lies the rub. Ram Chander is averse to making a commitment and is oblivious of the line separating love and lust. He is obsessed with fair-skinned women. Ramalu is of a darker skin tone. When Ram Chander meets a girl that his father wants him to marry, the first thing he notices is how "white" she is. He asks: Which soap do you use?

Ramalu taunts Ram Chander's display of cowardice when he confronted by her elder brother. Things come to a pass and the dreaded word - breakup, Ram Chander verbally spells it as 'brakkup', and doesn't it sound infinitely harsher? - is uttered. Enter ambitious female politician Swaroopa (Lakshmi Manchu), the head of a political party's women's empowerment cell.

Swaroopa is peeved that the men in her party receive orchid garlands while she is fobbed off with cheap marigold ones. In the plight of Ramalu, she sees an opportunity to make a point. For the young woman thwarted in love, the politician's support comes with a shocking rider.

The word puppet is verbalized only once during Pitta Kathalu, in xLife, the third story. It is ironically reserved for Vik (Sanjith Hegde), the nerdy founder of a virtual reality company that controls the minds and lives of four billion people.

He is accused of killing love in the real world by pushing humans into an isolated unreal world and turning their insecurities and proclivities into data points. Data is the new weapon, he preens. Vik eventually becomes a puppet in the hands of Divya (Shruti Haasan), an employee in the company's kitchens. She wins his unconditional trust.

Nag Ashwin tells the story with broad, if stylish, strokes and both Hegde and Haasan look sufficiently distant and dispassionate in a relationship that never ceases to be unequal. Only, the balance tilts one way and then the other.

Big picture politics underlines the xLife narrative. Life in a digital cocoon allows dictatorships to thrive, says one the characters. Another, a biscuit tycoon (Anish Kuruvilla), takes a jab at the notion of being sanskari when Vik suggests to him to replace his flashy models with somebody more down to earth.

Meera, the second segment of the anthology, has Amala Paul as a beautiful young woman married to a wealthy older man Vishwa (Jagapathi Babu). She is a writer and a mother of two children. A third child is on the way. She has men around in the pal of her hands. Her husband, aware of the age difference with his wife but proud of his virility, is pathologically jealous of all the attention she attracts.

The woman channels her frustrations and fantasies into her writing. Her husband reads a part of a story she has written and confuses fiction with fact. He suspects her of having an affair with the painter Abbas Ali (Vamsee Chaganti).

In the life that Meera conjures up in her imagination stands in sharp contrast to the reality of the state of her choppy marriage. But Meera knows best: how her tale will eventually pan out is totally in her control. The crooked twist, in the end, hits home.

The heroine of Pinky, played by Eesha Rebba, is a married woman with an extramarital affair with her ex-husband Vivek (Satya Dev). Pinky, Priyanka to her husband Harsha (Srinivas Avasarala), still has a free run of the opulent home of Vivek, a writer struggling to get his second novel accepted by a publisher while his wife Indu (Ashima Narwal) is on a roll as a corporate executive.

Director Sankalp Reddy leads us into the story with the line "Love is eternal", but the messy fallout of perpetuity in a relationship is bound to be a source of great complexity. But the film is unable to give full shape to the contours that might have made the segment more satisfying.

The biggest takeaways from Pitta Kathalu are the performances, most notably by Saanve Megghana (Ramalu), Amala Paul and Jagapathi Babu (Meera) and Sanjith Hegde (xLife). Watch it for them - and the occasionally deft writing.

1962: The War In The Hills Review - Abhay Deol Is Perfectly Cast In This Military Action Drama