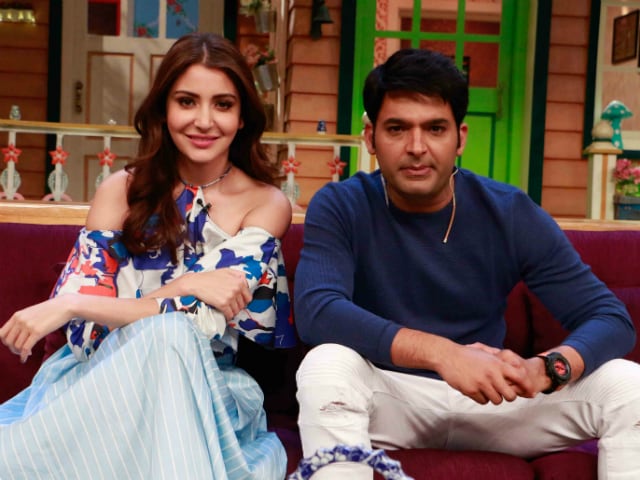 New Delhi: Anushka Sharma, who made her role of a spirit, Shashi, in the upcoming movie Phillauri a trending one as she placed Shashi in historic moments, has now come up with a new way to make the ghost-bride famous. Anushka recently appeared on The Kapil Sharma Show and when Kapil Sharma was getting ready for the shoot she 'scared' him by speaking to him as Shashi. Anushka tweeted a clip from the show and captioned it: "Kapil Sharma ji se milke bhoot achha laga. Dekhiye yahan#ShashiWasThere." In the clip from the sets of the comedy show, Anushka as Shashi, the ghost, asked Kapil to adjust his hair. Kapil was baffled as he couldn't see the source of that voice and looked pretty scared.

Watch Anushka Sharma scare Kapil Sharma out of his wits:

Promoted
Listen to the latest songs, only on JioSaavn.com
Earlier, Anushka Sharma, 28, had photoshopped Shashi in several historic important events - like, at the Oscars this year and Shashi said she could have prevented the gaffe; She was also on the moon with Neil Armstrong in 1969. Shashi was also a part of Kuch Kuch Hota Hai and Sholay.

Phillauriis Anushka's second movie as a producer after NH 10. It is a story of an NRI, played by Suraj Sharma, who is manglik and is made to marry a tree before his actual wedding. This tree is also the home of Shashi (Anushka Sharma), a ghost who insists that Suraj accept her as his bride. Then the story goes into flashback, revealing that Shashi was in love with a folk singer, played by Diljit Dosanjh. The movie is set to hit the theatres on March 24.