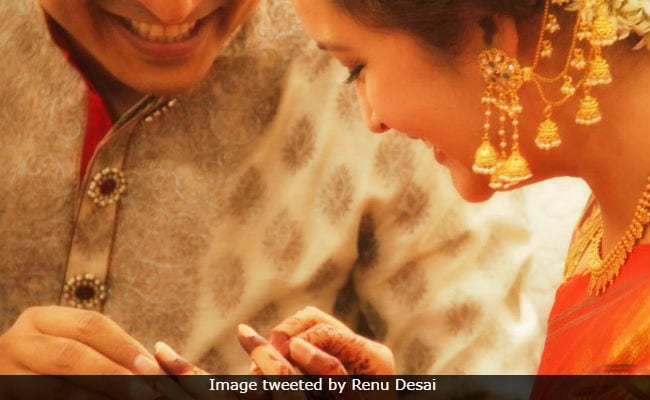 Actor Pawan Kalyan's ex-wife Renu Desai is now engaged. The model-turned-actress shared pictures from her engagement but kept the identity of her fianc secret. The engagement ceremony took place over the weekend and her children Akira Nandan, 14, and daughter Aadhya, 8, were also there. "My happiness is incomplete without my babies... so happy that I have both of them beside me on the day I start a happy phase of my life," red the caption on the picture. Renu also thanked her fans for the best wishes on Twitter. "Thank you all my well-wishers for the beautiful messages," she tweeted along with the pictures:

Thank you all my well wishers for the beautiful messages pic.twitter.com/UCUBtcOTqW