Pankaj Tripathi On His Role In Sacred Games 2 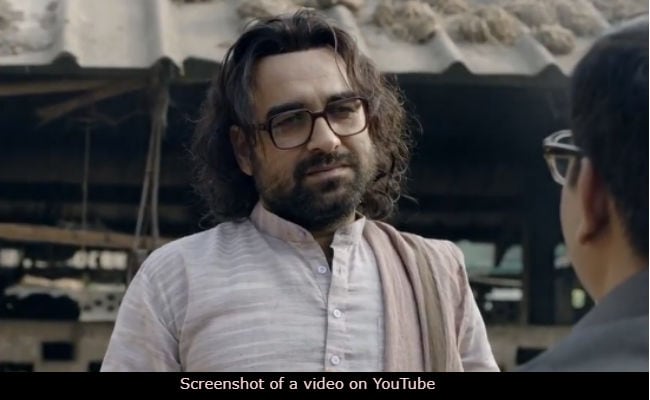 After a tantalising glimpse as the mysterious Guruji in the first season of Netflix's India Original Sacred Games, Pankaj Tripathi's fans are hoping that his character comes to prominence in the second season. But the actor says he is yet to have a clarity about Guruji's fate. "I don't know if my character will be a main one in the next season. I got a call last night that I have to meet Varun Grover (the writer), so the team is trying to get our busy schedules matched. We may be in the clear about the role by next week, hopefully," he told PTI in an interview on the sidelines of International Film Festival of India (IFFI).

The show, starring Saif Ali Khan and Nawazuddin Siddiqui in the lead roles, became a runaway success. Guruji's character was the cliffhanger on which the first part ended. When asked about the curiosity surrounding his character, Pankaj Tripathi said that Guruji was supposed to be kept a secret initially. "My character was kind of kept hidden. I shot for the series for just one day after the main shooting was over. They thought 'Let's bring this character into the light'. Initially, that was not the plan. Something happened that they didn't announce this differently and I am not someone who likes tom-tomming. It was a small role in the beginning, so we did not promote it as if it were a main one in the first season," he added.

The actor, who has his work streaming on Netflix and Amazon Prime (Mirzapur), says he has realised the importance of the digital platforms in the last six months. "I don't watch Netflix or even many films, for that matter. And now after Mirzapur started streaming, I started receiving so many messages that I haven't till now for my films. The digital audience is huge. "This platform has saved two of my ships that sank at the box office - TV series Powder and Gurgaon. Now the actor's work won't be lost forever, thanks to digital platforms. "Gurgaon did not get good distribution. The film even did not get the help from the metros and the likes. So, nothing happened for that film in the theatres. Now that it's on Netflix and people are watching."

Asked if he thought the second season of Sacred Games was in jeopardy after showrunners Anurag Kashyap and Vikramaditya Motwane were accused of inaction in a sexual harassment case against their former producing partner, Vikas Bahl, the actor said nothing of this sort came to his mind. Varun was also accused of sexual harassment by an anonymous account but he successfully defended himself. Pankaj Tripathi says he did not come to know about the allegations until he read the writer's open letter. "I was then shooting for Kaagaz in Sitapur. I know Varun personally, he is progressive and sensitive both as a person and writer. After I read about the allegations and his letter, I wondered if there was any truth to it.

"I am with the women that they should use the #MeToo movement to raise their voice against the injustice. And not just for women, every person should get justice. But in Varun's case, I thought maybe the movement was misused somewhere."

Earlier, at the 'Redefining Stories' session, which the actor was a part of, one of the audience members objected to the moderator, cinematographer Aseem Bajaj using Hindi as the medium of speech. To which Pankaj Tripathi quickly interjected in Hindi, "Uska kya jisko English nahin aati." After a lot of discussion, the actor said "If I speak in Hindi, someone please translate for those who can't understand." The audience member then said "You are wearing jeans and all, you should be knowing English." To this Pankaj Tripathi replied, "The age in which we learn a language, I was not that privileged to be able to wear jeans and do that."

The actor said language is not an issue and in his inimitable style translated the bit in a mix of Hindi and English. "Gaur se (closely) look into my eyes, and you will know the story," he said to a resounding applause and laughter from the audience.