On Shabana Azmi's Birthday, Sonam Kapoor And Others Wish The Actress On Social Media

"37 amazing years of friendship, and many more to go," tweeted Anil Kapoor 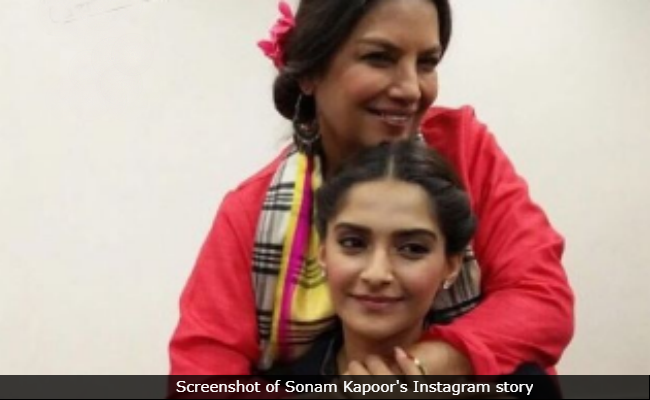 On Shabana Azmi's 67th birthday, the actress' friends, colleagues and fans posted warm wishes on the social media, expressing their love and shared some of the cutest messages for her. However it was her Neerja co-star Sonam Kapoor's birthday wish that won our hearts the most. Sonam, who portrayed the role of Shabana Azmi's daughter in the 2016 film Neerja, shared an adorable picture on her Instagram story along with the caption: "Sending you my best wishes Shabana aunty. Hope you have a beautiful birthday. Lots of love." Sonam accompanied the post with a heart emoticon. 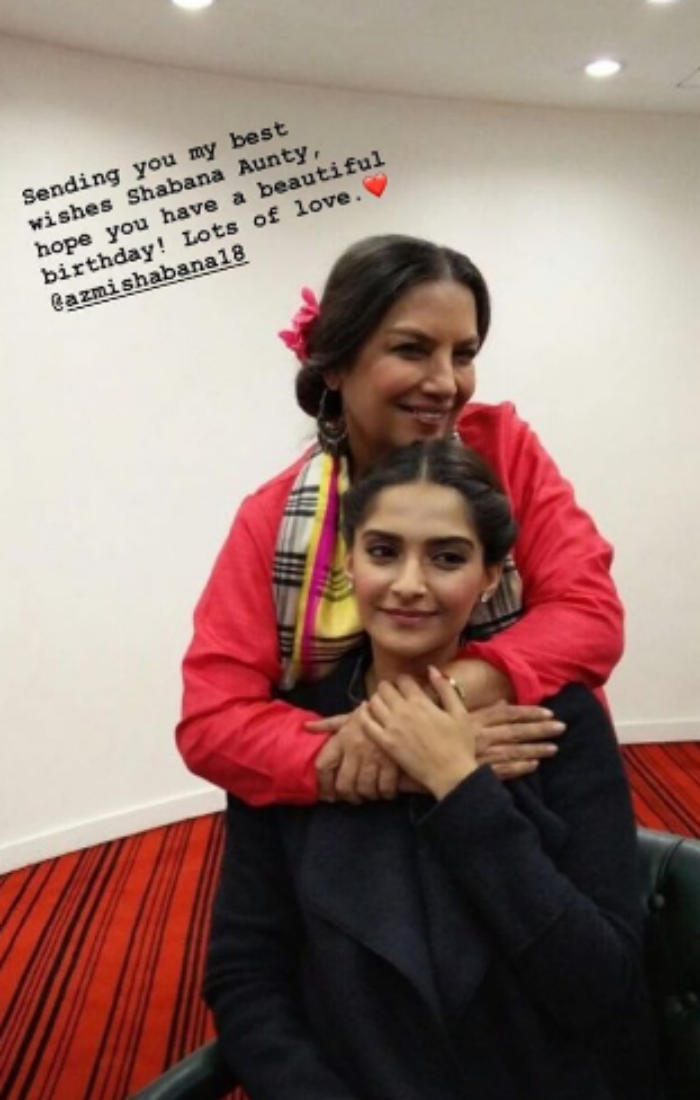 Sonam Kapoor's father Anil Kapoor, who has worked with Shabana Azmi in films such as Ek Baar Kaho, Dharavi, Rakhwala and Itihaas among others, too wished the veteran actress by sharing a throwback picture and wrote: "Happy Birthday,Shabana Azmi! 37 amazing years of friendship, and many more to go! Have a great year ahead! Lots of love!"

Happy Birthday, @AzmiShabana! 37 amazing years of friendship, and many more to go! Have a great year ahead! Lots of love! pic.twitter.com/27GbjYnUGq

Aditi Rao Hydari also shared a beautiful throwback picture which appears to be from a photo shoot on her Instagram story. 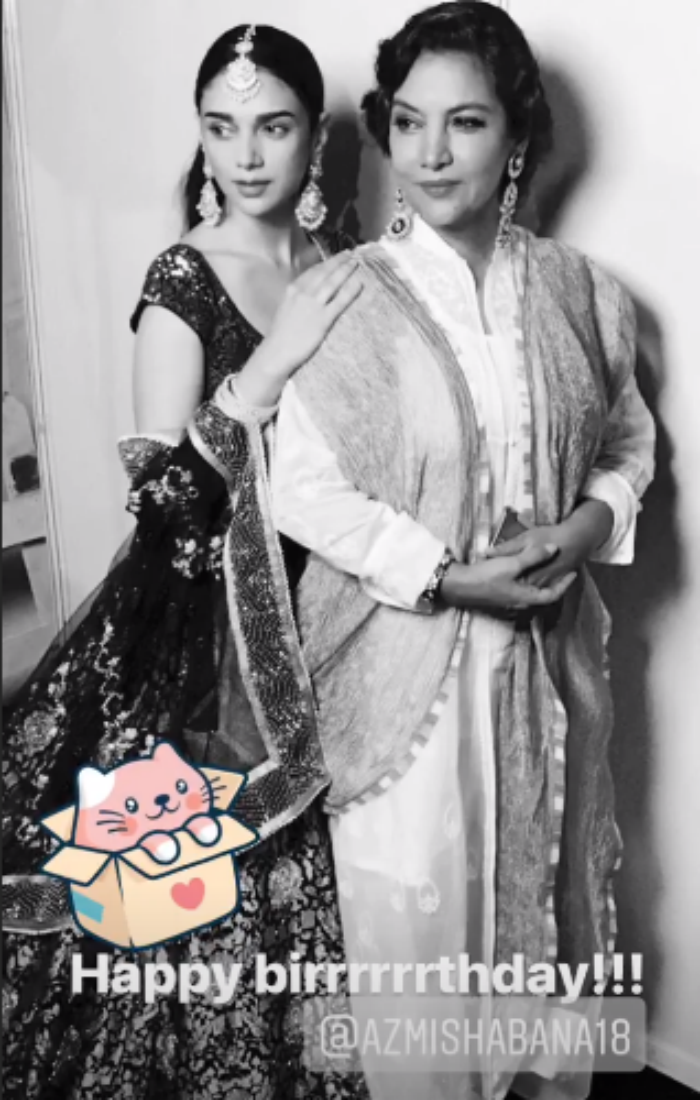 Actress Urmila Matondkar, who has worked with Shabana Azmi in films such as Masoom and Tahzeeb, shared an emotional note for the actress. "Happy Birthday my lovely screen mother, it's been such a wonderful journey from Masoom to Tahzeeb until now. So much to know and learn from you.. I cherish all our memories together and look forward making more memories and having loads n loads of fun," read an excerpt from her post.

Happy Birthday my lovely screen mother it's been such a wonderful journey from "masoom" to "tahzeeb" n until now. So much to know n learn from you..I cherish all our memories together n look forward making more memories n having loads n loads of fun together #bonds #loved #funtimes #learning #charm #blessed #memories #veteran

A post shared by Urmila Matondkar (@urmilamatondkarofficial) on Sep 18, 2018 at 4:17am PDT

Shabana Azmi made her Bollywood debut in the 1974 film Ankur, for which she even won the National Award for the best actress. Shabana Azmi has featured in more than 100 films and she is best-known for her performances in films such as Arth, Shyam Benegal's Nishant, Satyajit Ray's Shatranj Ke Khilari, Junoon and Antarnaad among others. She was last seen in the 2016 film Neerja.