No Time To Die Review: Daniel Craig Gets The Send-Off He Deserves

No Time To Die Review: Daniel Craig loses no opportunity to demonstrate why he has had such a salutary impact on the evolution of James Bond. His Bond is more impulsive, sensitive and passionate than ever before. 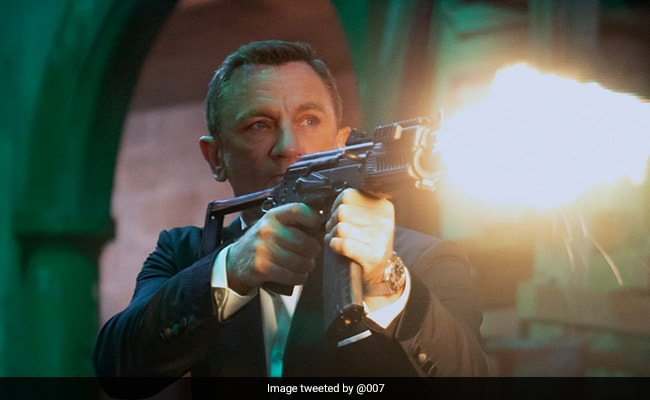 Rating: 3.5 stars (out of 5) A befittingly grand farewell party for Daniel Craig in his final outing as James Bond, No Time To Die has no time for half measures. It goes all out to give fans of the franchise the highs they are looking for and the actor who has stamped his class on the role since 2006's Casino Royale gets the send-off he deserves.

The 25th Bond film in 60 years barrels through the whole gamut of tropes that the world has come to associate with the MI6 superspy and his exploits: dizzying chases, turbocharged action sequences and an unrelenting parade of cars, gadgets and weapons.

But since No Time To Die is Daniel Craig's last hurrah, there is in addition of a whole lot of emotion buried in its heart. Riding on crucial scenes that bring out the turmoil that love, longing and loss usher into the life of a secret agent who cannot afford to show any weakness, it stands apart from the Bond movies that have gone before despite being no different from any of them in visceral and visual terms.

Hans Zimmer's score, as always, propels the action along. Swedish cinematographer Linus Sandgren (La La Land) captures a wide bandwidth that spans from the snow-covered landscape of an instantly captivating prelude to the brown expanse of an Italian city where Bond faces off against men from SPECTRE to the innards of futuristic labs and factories. His camera imparts to each setting a distinct and tactile texture.

Director Cary Joji Fukunaga infuses the unusually dense plot with doses of humanity - a trait that Craig's 15-year, five-film run has thrived on in a marked departure from the contours that earlier Bond impersonators gave the character. If there is anything that No Time To Die lacks it is a villain who can do justice to a James Bond thriller designed as a finale of the Daniel Craig era.

The fault cannot be laid at Rami Malek's door, though. The screenplay by the writing team (Neal Purvis, Robert Wade, Fukunaga and Phoebe Waller-Bridge) simply does not give the strikingly monikered Lyutsifer Safin the sort of menace and firepower his name would suggest.

There is, however, so much else to savour in No Time To Die that it is pointless nitpicking over what could have been better. The action sequences - the first one in Matera, Italy, is as fine as any we have seen in a Bond movie in a long, long time, no matter how familiar it might seem - are staged with wonderful panache and a keen sense of occasion. We know the actor who has done more than anybody to redefine the Bond persona for the post-Cold War era will not be doing all this ever again. So, it better be bloody good. For the most part, it is.

Much later in the 163-minute saga, Madeleine says, "We need more time." James' reply is the same: "You have all the time in the world." This time, he is right. The Bond universe is now set to begin a fresh phase. It will soon acquire a new face. Only time will tell how the two, the phase and the face, will look. It will, for sure, reflect a changed world.

In visually stunning pre-credits sequence of No Time to Die, which instantly draws the audience into the movie, we get a glimpse into the past of Dr. Madeleine Swann (Lea Seydoux), Bond's beloved, and its link with the villain, a man who himself has a traumatic past that explains why he has turned into what he is - a manic misanthrope out to poison the whole world.

Seydoux brings to her role an infectious intensity as a psychiatrist doing her job, as a lover desperate to clear her name and a mother fiercely protective of her daughter. The French actor is one of the pillars of this Daniel Craig swan song because her role and her performance give the film its emotional depth.

She isn't the only in No Time To Diewho boosts woman power in what has for long been a man's world. With James Bond falling off the grid following his retirement post-Spectre (2015), M16 has got itself an energetic new female 007, Nomi (Lashana Lynch), a symbol of the modern era of the James Bond franchise.

There is just a hint of rivalry between her and Bond when the latter comes out of retirement to help his CIA agent-pal Felix Leiter (Jeffrey Wright) rescue a Russian scientist. The time factor is invoked once again. "You are a guy who has time to kill and nothing to lose," Nomi quips, a reference to the five years that Bond has spent in the wilderness, if Jamaica can be classified as wilderness.

Bond and Nomi soon form a great team as things heat up for M (Ralph Fiennes) and his chief of staff Bill Tanner (Rory Kinnear) and the action shifts to a World War II base on a remote island "in disputed waters" between Russia and Japan.

Coming back to the disappeared scientist Valdo Obruchev (David Dencik), he is in the custody of SPECTRE, which is still led (through a hyperconnected Bionic Eye, no less) by Ernst Stavio Blofeld (Christoph Waltz, brilliant in the one long sequence that he has in the film with Craig) despite his incarceration in a high-security British prison.

There is also early in the film an all-too brief appearance by Ana de Armas as a young CIA agent who helps Bond in a mission in Cuba. Craig's chemistry with his Knives Out co-star is palpable and has you asking for more. It is sad that she vanishes as quickly as she appears and makes an indelible mark.

Daniel Craig, no longer the gun-toting, womanizing secret agent, loses no opportunity to demonstrate why he has had such a salutary impact on the evolution of James Bond. He blends his roguish charm with the emotive wrenches that help the insuperable spy shed some of his inscrutability. In No Time to Die, his Bond is more impulsive, sensitive and passionate than ever before even as the gunfights are brutal and the chases life-threatening.

Dr. Madeleine Swann says to Bond in one scene: You know the worst thing about you? The first option James offers by way of an answer is "timing". Well, timing was never a problem with the James Bond series until the Covid-19 pandemic forced the release of No Time To Dieto be delayed by 18 months. The film's central conflict is predicated on a destructive bioweapon and the power that flows from it. They fall into hands that cannot be trusted. In a world hounded by disease and hate, No Time To Die has a resonance that stretches way beyond the purview of a spy thriller. For Daniel Craig - and his fans - No Time To Die is an unerring parting shot.