The upcoming biopic, which is titled Thalaivi in Tamil and Jaya in Hindi, will be directed by AL Vijay 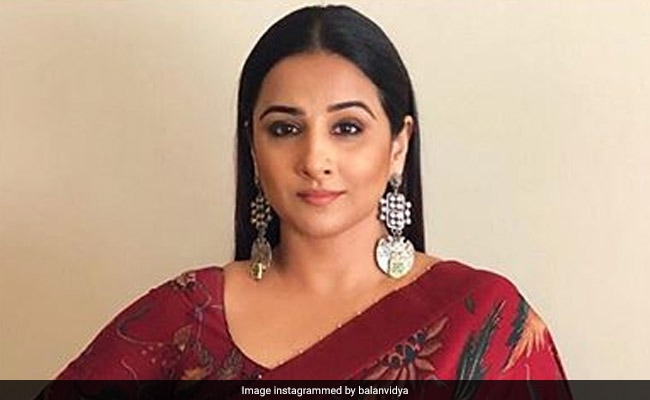 Vidya Balan has a busy line-up of films (courtesy balanvidya)

After it was announced that a biopic would be made on former Tamil Nadu Chief Minister J Jayalalithaa earlier this year, reports stating that Kangana Ranaut has actually replaced Vidya Balan to play the titular have been doing the rounds on the Internet. In a recent interaction with news agency IANS, one of the producers of the biopic Shaailesh R Singh dismissed such reports and said the Mission Mangal actress was never considered for the role: "As producer, I never approached her (Vidya Balan) and I can say this on the record. I know the news emerged that she was doing the film, but when our writer KV Vijayendra Prasad narrated the story to me, I felt Kangana was the right casting for the role."

The upcoming biopic, which is titled Thalaivi in Tamil and Jaya in Hindi, will be directed by AL Vijay with Baahubali writer KV Vijayendra Prasad writing the script. In his statement, the producer reiterated that Vidya Balan was never part of the project: "So as producer and Vijayendra as a writer did not approach anyone else. If anyone else before us had approached any other actress, I am not aware of that. With the new team of producer, director and writer, it has been mutually decided that Kangana will play Jayalalithaa."

Vidya Balan, who has an impressive line-up of films on her roster, was asked about the Jayalalithaa biopic recently, when she told PTI: "I am doing one on a really powerful politician. I bought the rights of the book for a web-series on Indira Gandhi. If there were a few years apart it would have been fine. 'Daane daane pe likha hai khane wale ka naam'."

Vidya Balan's project on Indira Gandhi is being made as a web-series, which Ronnie Screwvala is producing. It will mark Vidya Balan's digital debut. "It is taking a long time to put it together as there is so much material. The web series requires a lot of work. So it is taking time but let's see. I hope it doesn't take longer," Vidya had told PTI. Vidya Balan has also been roped in for a biopic on maths genius Shakuntala Devi, which will be directed by Anu Menon and is slated for a 2020 release.

Vidya Balan will soon be seen in Mission Mangal on August 15, in which she co-stars with Akshay Kumar, Taapsee Pannu, Sonakshi Sinha and Nithya Menen.