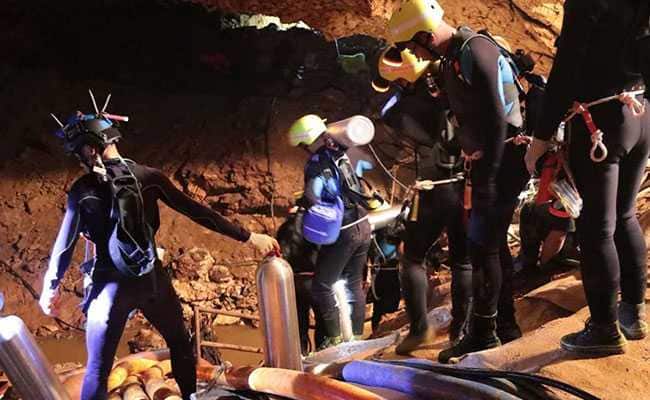 The story of dramatic rescue of 12 boys and their coach, trapped for over two weeks in a cave in northern Thailand last year, will be told by Netflix following a deal between several producers, here on Tuesday.

Thai company 13 Tham Luang Company Ltd, which has the rights to use the stories of the rescued boys, and production company SK Global Entertainment sealed their collaboration with the American streaming giant to bring the story to the screen.

Government spokesperson Werachon Sukondhapatipak said the boys picked Netflix out of the options available to tell their story, Efe news reported. All the 12 boys and their coach were present at the event, some of them considerably taller since the time they emerged from the Tham Luang cave in July 2018.

Ekkapol Ake Chantawong, coach of the Wild Boars soccer team, said telling their story was an opportunity to thank Thailand and everyone who participated in and pulled off the miraculous rescue.

Ekkapol said they would ensure that their story was told truthfully. He had taken the boys to the cave on an excursion and played a key role in their survival after they were trapped.

Erika North, Director of Netflix's original content, said the project was still in an early stage of development. She declined to reveal the sum the company had paid to acquire the rights. However, 20 per cent of the amount will be paid to the Thai government as an expression of gratitude.

Michael Hogan, President of international production at SK Global, said the project would strive to keep the facts as close as possible to what occurred while being respectful towards protagonists.

The 12 boys, aged 11-16 years, and their 26-year-old coach went missing after entering the cave in the northern Chiang Rai province on June 23, 2018, after a soccer practice. They were found 4 km from the entrance nine days later.

The group was rescued in batches of two between July 8 and July 10 in a highly complex and risky mission that grabbed the world's attention. Divers had to navigate narrow, dark and flooded passages to rescue the boys.

Tributes poured in from around the world after the rescue.