The young granddaughter of Amitabh Bachchan is the co-founder of an online health portal and also looks after an NGO named Project Naveli. 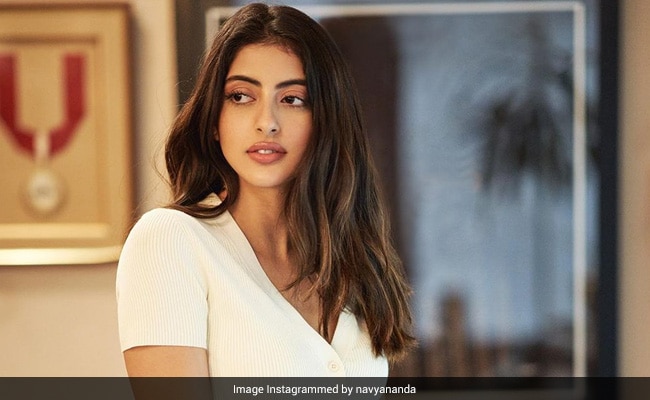 Women entrepreneurs are steadily growing and stealing the show in India. Don't dare to turn a blind eye to it, especially before Navya Naveli Nanda. The granddaughter of Amitabh Bachchan is only 24 years old but she has her goals clearly etched in her mind. The entrepreneur, who recently co-founded Aara Health and has also started the NGO Project Naveli, takes pride in her work. But she can't stand any mindset that looks down upon women entrepreneurship; instead, she focuses on how steadily it is growing and how important this is. This she makes known in her Instagram posts quite often. In her latest upload, we see her in a casual pose as she listlessly looks sideways. In the comment, she wrote, "When they say only 14% of startup founders in India are women." She added the hashtag, "EntrepreNaari."

Her mother, Shweta Bachchan commented on the post, "I love you" to show her support for her efforts. Actress Ananya Panday, who is friends with Navya, wrote, "Little baby, Navzar" with a red heart.

A user commented that Navya is an inspiration to many girls, to which the entrepreneur replied, "Thank you very much, I wish to inspire men too." Navya is clearly on fire with her endeavours and she isn't bothered about gender role stereotypes here.

Last month, she posted another photo of herself where she was caught smiling candidly. An exchange ensued between her and a user who had commented that she was beautiful enough to try her luck in Bollywood. Navya thanked the user and said, "Beautiful women can run businesses too." She is a powerhouse of confidence and her photo shows that.

But the young businesswoman is a balance of work and fun in the sweetest kind of way. She makes sure that her online health portal is properly focused on women's health. At the same time, she loves a day of smiles during her working hours. She posted a photo of her happy girl gang and wrote, "An average workday."

The girl boss also loves to nurture herself through music. What can help better than playing a Ludovico Einaudi tune on the piano? Here is Navya breezing through it on her piano. "Ludovico after a long time," she wrote in the caption. Her mother left a red heart in the comments.

Last year, Navya completed her studies at New York's Fordham University. In 2018, she also modelled for her mother's fashion label.