Navarasa Review: Produced and presented by Mani Ratnam and Jayendra Panchapakesan, Navarasa was conceptualized as a means to support film industry workers impacted by the Covid-19 lockdown. 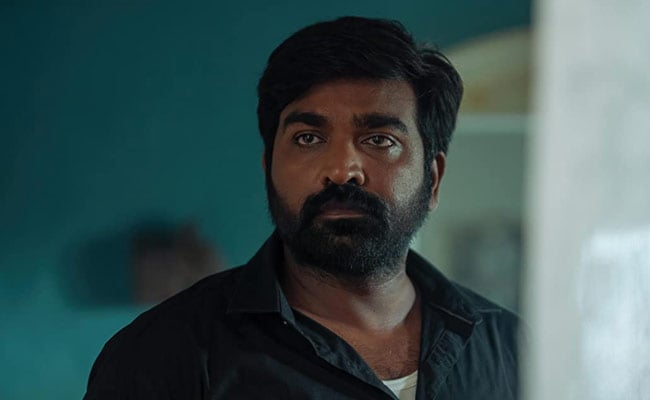 Navarasa Review: Vijay Sethupathi in a still from the anthology

The toughest aspect of Navarasa, a nine-film, five-hour anthology that brings together some of the brightest names of Tamil cinema, isn't its length. It is the erratic and arbitrary manner in which the nine emotions of Indian dramaturgy have been translated to the screen. But to be fair, barring an exception or two, Navarasa, streaming on Netflix, makes a fair fist of delivering a range of cinematic moods and colour palettes, if not the intended spectrum of emotions.

Produced and presented by Mani Ratnam (who also contributes a story to one short and a screenplay to another) and Jayendra Panchapakesan, Navarasa was conceptualized as a means to support film industry workers impacted by the Covid-19 lockdown. None of the short films, however, factors the pandemic into its storyline. In fact, three of the films are set in the past.

Two of the entries, Project Agni and Roudhram, strike a chord, one for its audacious flights of fancy, the other for its sharp delineation of place, time and people. Two others, Edhiri and Inmay, grab attention thanks both to the performances of the lead actors (Revathy and Vijay Sethupathi in the former, Parvathy Thiruvoth and Siddharth in the latter) and the emotional layering they impart to the stories.

The opening film, Edhiri (Enemy), directed by Bejoy Nambiar, is about karuna (compassion). It raises hopes with a horizontally split screen opening, revealing the two principal characters, played superbly by Revathy and Vijay Sethupathi. But eventually, it isn't so much about compassion as about anger, violence, and penitence.

The story of Edhiri, credited to Mani Ratnam, portrays pent-up rage and its repercussions on two people - a murderer (Sethupathi) and the wife (Revathy) of the victim (Prakash Raj in an impactful cameo). The twist is provided by the transference of the feeling of remorse from one to the other, but the shift is too sudden and too facile to pass muster.

The biggest letdown in Navarasa is Priyadarshan's Summer Of `92: Hasya/Laughter. A successful Tamil cinema comedian visits his school to inaugurate its centenary celebrations and proceeds to reveal how much trouble he got into with his teachers. 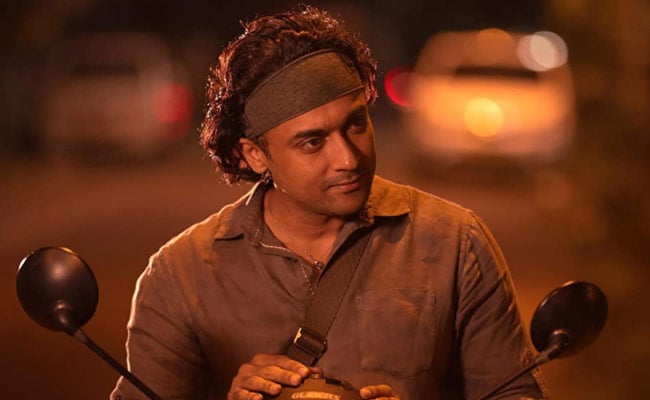 Apart from being unfunny, the film wastes two good actors - Yogi Babu, playing a version of himself, and Nedumudi Venu, in the role of a school principal looking for a match for his daughter (Ramya Nambeesan). About the only takeaway from Summer Of `92 is a dog left behind by a late Christian priest and weaned on tamarind rice from a Hindu temple. The four-legged creature leaves a quirky mark on a film that is otherwise devoid of genuine humour.

Project Agni: Adbhuta/Wonder, directed by Karthick Naren, comes the closest to the emotion that it is out to evoke. The short film is at least partly a tribute to Christopher Nolan. An outlier (Arvind Swamy, who directs one of the better films of the anthology) invites a friend (Prasanna) who works at ISRO to share with him the findings of his research on the human subconscious and the origins of mankind.

The researcher admits that "an obsession to see beyond our intelligence is never a good idea". But the director does not pay heed to that warning and plunges headlong into a twisted, mind-bending plot that, besides Nolan, touches upon the Mayan and Sumerian civilizations, an advanced alien race, alternate realities, past and future, Doomsday, the world of the subconscious and the notion that all human life is pre-programmed. Doesn't that sound like mumbo-jumbo? Well, it does but is delivered with delightful playfulness.

The fourth film in Navarasa, Vasant S. Sai's Payasam: Bheebatsa/Disgust, invokes American poet and naturalist Diane Ackerman to assert that "disgust is danger to our soul" and then tells a story that does not quite get to the point.

Set in 1965, Payasam unfolds during the wedding of a Brahmin's daughter, which is sought to be disrupted by the envious uncle (Delhi Ganesh) of the bride's father. The uncle has a widowed daughter (Aditi Balan) whose presence at her cousin's wedding is a talking point for the guests, but it is her father whose behaviour pushes things over the edge. If you are looking for the truly disgusting, Payasam isn't your bowl of dessert.

Karthik Subbaraj delivers Peace: Shantih, at 28 minutes the shortest and the paciest of the nine films. The action takes place around an LTTE bunker in no man's land during the Sri Lankan civil war. A boy on the run from a village under army attack seeks help from the Tamil Tigers to rescue his brother.

One of the rebels (Bobby Simha), stirred by memories of the personal losses he himself has suffered, agrees to risk his life to save another despite advice to the contrary from Master (Gautham Vasudev Menon, who has a directorial work in the mix). The film emphasizes peace even as it points to the dangers inherent in letting one's guard down.

Like all the other shorts in Navarasa, debutant director Arvind Swami's Roudhram: Raudra/Anger opens with a quote. It likens "the venom of anger" to "a forest blaze that destroys everything". The film tells the story of a poor family of three - a woman (Geetha Kailasam) and her two children, a boy and a girl (Rhythvika) - whose lives spin out of control when the hot-headed son (Sreeram) strikes a man with a hammer.

As the attacker is interrogated in police custody, the reason for his rage is revealed. But the film does not stop there. The social drama delivers a swift, surprise ending that alters all that has gone before. Director of photography Santosh Sivan gives the film bright splashes of colour, which provide a contrast to the bleakness of the lives portrayed. A.R. Rahman's music is an apt embellishment for the soundtrack of Roudhram.

Rathindran R. Prasad falls back on Rumi - "What is fear? Non-acceptance of uncertainty" - and a musical score by Vishal Bhardwaj as he puts together Inmay (Devoid of): Bhaya/Fear, an intriguing vengeance saga that straddles fear, misgivings and horror in the same sweep.

The two actors who flesh out the key characters - Siddharth and Parvathy Thiruvoth - throw all their skills into this story set in a swish, aesthetically designed Puducherry bungalow in which a male visitor and the mistress of the house discuss calligraphy and Islamic art. But under the calm surface of their conversation is a volcano waiting to erupt. 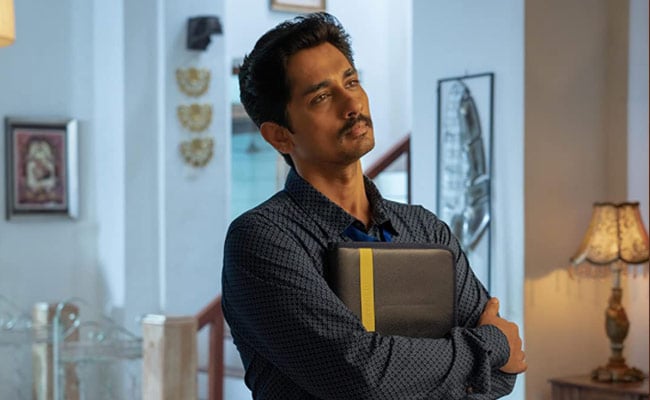 The director skillfully couches this story of great violence and surprise revelations in a beautiful bubble that bursts in face of pinpricks of a troubled past that ties the man's fate to that of the woman.

The penultimate film, Sarjun KM's Thunintha Pin (Beyond Courage): Veera, is scripted by Mani Ratnam. It examines the definition of valour from the standpoint of a new police recruit (Atharva) who, within a week of finishing his combat training, is caught in a jungle ambush by Naxalites that leaves many men in his division dead.

The young man is charged with the task of driving a wounded Naxalite leader (Kishore) back to the police station on the edge of the forest. It is a make-or-break chance for him to prove his mettle. Does he have it in? The rookie will discover soon enough, but the film leaves his pregnant wife (Anjali) in the lurch after allowing her a couple of scenes to assert her own brand of courage rooted in unwavering stoicism. 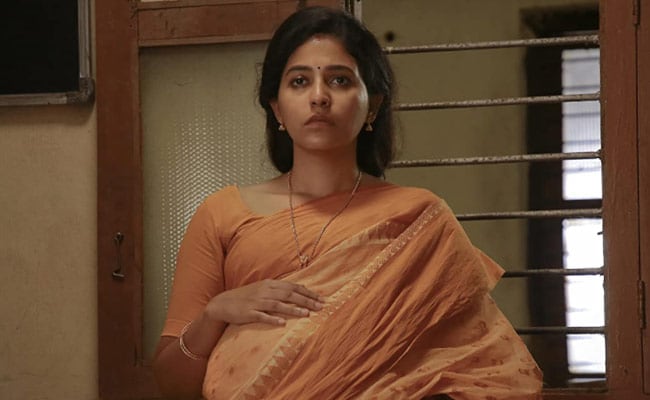 The last film in the anthology, Guitar Kambi Mele Nindru (Tugging at My Guitar Strings): Sringara/Love, is Gautham Vasudev Menon's ode to amour. A 32-year-old Chennai singer (Suriya) lives with his mother (Tulasi) and dreams of leaving for London to become a world music composer and performer.

He is about to jet off when he meets Nethra (Prayaga Rose Martin), a younger crooner who steps into his studio to record a song. The laws of attraction kick in and the man's plans go out the window in a flash. Having found his Muse and with love taking roots in his heart, the musician goes all out rediscover his voice.

The actors look good and the director, as is his wont, crafts pretty frames, but the writing falls a bit by the wayside. The manner in which the film delves into the blossoming of love is undermined by the cliches of the genre.

Navarasa is an uneven, bewildering welter: two are pretty good, two others are passable, and the rest are patchy. Avoid binge watching. Too exhausting. Space it out: watch two or three at a time.

Bhuj: The Pride Of India Review - Starring Ajay Devgn, It Is A Sad Apology For A War Film