Nana Patekar, Accused Of Harassment, Reportedly Replaced By This Actor In Housefull 4 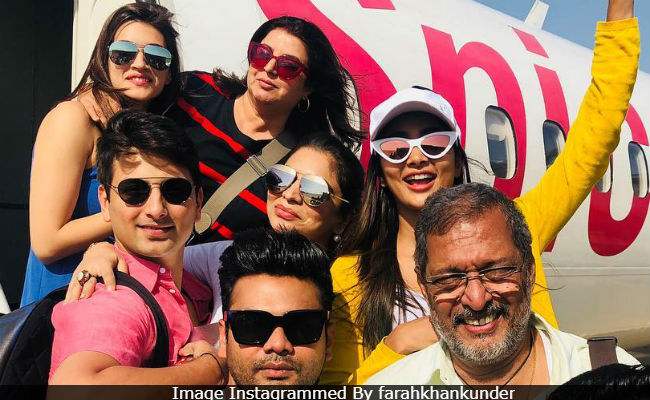 Actor Nana Patekar, who quit Housefull 4 some weeks ago after being accused by actress Tanushree Dutta in a decade-old sexual harassment case, has been replaced by Rana Daggubati in the film, reports Mumbai Mirror. The Baahubali star was given a narration last week and he signed the film on Monday. "It is always good to find work outside of Hyderabad, get to learn so much and do so many new things. I've never been part of a genre like Housefull and it's always exciting to work with different genres," Rana Daggubati told Mumbai Mirror, adding that he is looking forward to working with Akshay Kumar, the lead star of Housefull 4, again. Akshay and Rana were co-stars of 2015 spy thriller Baby.

Rana Daggubati is expected to join team Housefull 4, currently shooting in Mumbai, this week. The Mumbai Mirror report also states that he will apparently play a ghazal singer and the portions which Nana Patekar shot in Jaisalmer, will be now filmed in Mumbai.

In September, Tanushree Dutta reopened a 10-year-old sexual harassment case against Nana Patekar, in which she revealed that the 67-year-old actor misbehaved with her when they were filming for a song sequence in 2008. Tanushree, who eventually dropped out of the film, also said that Nana Patekar sent political party goons to intimidate her.

However, even after Tanushree revived the old case, the shooting of Housefull 4 went ahead uninterrupted in Jaisalmer. Nana Patekar continued to shoot for Housefull 4 for a few weeks before he eventually stepped out of the project citing 'convenience' of the production team.

Speaking to news agency ANI, the veteran actor's son Malhar said, "Nana sahib thought of the convenience of everybody as he wishes the best for the producer and the crew and hence felt that stepping out of the project would be an appropriate thing to do at this point of time."

Nana Patekar quit Housefull 4 the same day as Akshay Kumar cancelled the shooting of the film over allegations against some team members. Sajid Khan, who was also accused of sexual harassment by three women in individual #MeToo accounts, stepped down from the director' post pending investigation on the same day.

Farhad Samji, who earlier directed Housefull 2, has now taken over the stewardship of Housefull 4.

Housefull 4 is slated for a Diwali 2019 release.