Mira Nair on Directing Lupita Nyong'o in Queen of Katwe 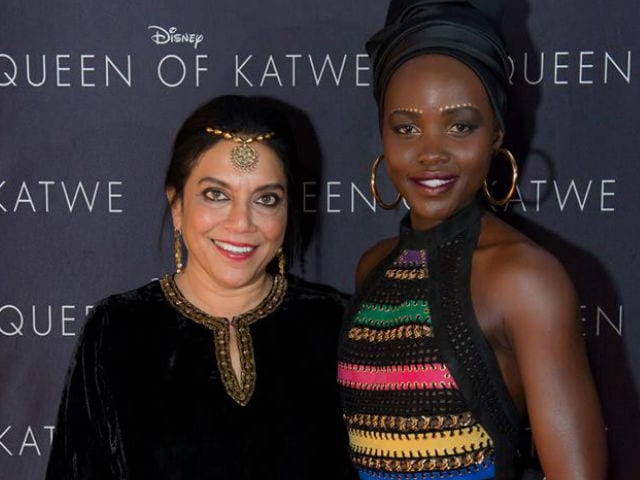 This image was posted on Instagram by Queen of Katwe

Mumbai: Filmmaker Mira Nair says her new film Queen Of Katwe, the true-life story of a chess prodigy from the slums of Kampala in Uganda, conveys the message that dreams can be realised by anyone. The film is releasing in India on Friday. Excerpts from the interview:

Ques: Your film Queen Of Katwe tells a highly inspirational story?
Mira Nair: It tells us that genius can be found anywhere. We just need to look for it. It's the story of the chess champ Phiona Mutesi, played by this absolutely stunning girl Madina Nalwanga. Phiona became a grand master in chess while she was completely illiterate. She did not know how to read or write. 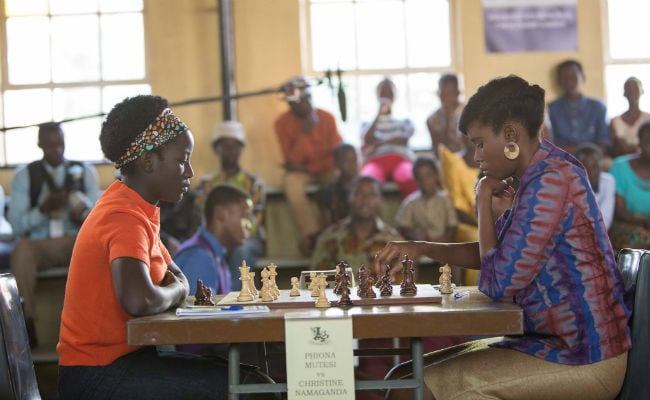 A still from Queen of Katwe.

Ques: Did Phiona and Madina interact with each other?
Mira Nair: Not that much. They met on the sets once and a number of times later. You see, while we were shooting, Phiona began going to school. She started attending school at the age of 13. So she could connect only a few times with Madina during shooting. But now they are like sisters. They live in the same street in Kampala.

Ques: And Lupito Nyong'o?
Mira Nair: Lupita Nyong'o who plays Phiona's mother, spent a lot of time with Phiona's real mother. And Robert Ketende who was Phiona's real life chess coach, spent a lot of time with us on the sets. In fact, Ketende was our chess consultant. He was on the sets every day. He taught all the kids in our film how to play chess. Every game of chess is authentic. We haven't faked even one move. 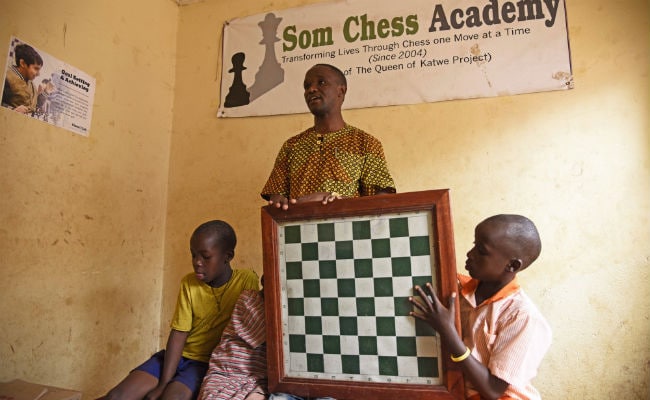 Ques: Lupita Nyong'o is a phenomenal actress. What was it like directing her?
Mira Nair: It was like directing a daughter. Lupita is a family friend. I've known her from the time she was a very young girl. She worked as an intern in my film The Namesake. She worked in my production company for about a year and a half. We wrote the mother's part in Queen Of Katwe for Lupita because she became this meteoric star and more importantly she suited the part. We wrote the part as that of young Mother Courage, someone who had children from the age of 15.

Ques: Lupita rose to the occasion?
Mira Nair: For Lupita, it was a big challenge to play a mother, because she isn't one in real life. But she has the same core of courage and strength and an anchored quality in her as the real Phiona's mother. Also, Lupita is from Kenya. So is David Oyelowo. It is very beautiful to be working with movie stars who are from the same continent where our movie is located. 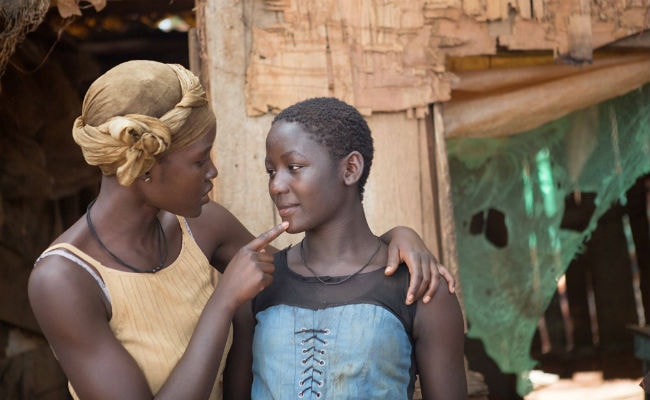 Lupita Nyong'o and Madina Nalwagna in Queen of Katwe

It's very empowering to have a film that's so truthful to the characters. It is very difficult, for example, to have an NRI playing a Bihari. It was such a blessing to have two bonafide Hollywood movie stars who were Africans and from the same place as our plot. It made my job so much easier.

Ques: Are you a chess maestro yourself now?
Mira Nair: Maestro rehne do, yaar. Phiona just taught me some chess moves. She would laugh at how recklessly I'd play. She would say (and here Mira imitates the African accent), "You must consider the other side of the board." I wrote that line down for future reference. I even had the screen Phiona say that line. I am no maestro in chess. I just know the basic moves. I'd rather make movies than play chess.

Promoted
Listen to the latest songs, only on JioSaavn.com
Queen of Katwe is a universal story. It's about those who are on the edge of our society, so highly relatable. It says, 'Yes, anyone can realise one's dreams'. I've worked very carefully on the Hindi dubbed version. We have an amazing lively funny soundtrack.