Mee Raqsam Movie Review: The film belongs to Danish Hussain and Aditi Subedi, who play the two pivotal characters with empathy and subtlety 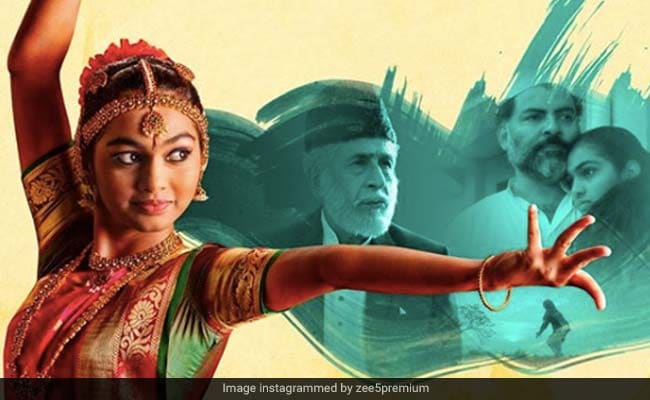 Cinematographer Baba Azmi's debut as a producer and director, Mee Raqsam (I Dance) is a disarmingly simple, sensitive, heart-warming film that more than just tells a story. Couched in it is a fervent and urgent advocacy of India's culture of harmony and assimilation that is under increasing threat in a climate polluted by hatred, bigotry and political skullduggery.

A compact plot, a wonderful cast and refreshingly unpretentious storytelling are harnessed for a specific purpose. It is dedicated to the humanism of the late poet and lyricist Kaifi Azmi and filmed entirely in his native village of Mijwan in Azamgarh district.

The film, presented by Shabana Azmi, has Naseeruddin Shah in a special appearance. He plays a guardian of morality who is staunchly opposed to the winds of change that challenge his hold over the community.

Mee Raqsam revolves around a Muslim schoolgirl Maryam (Aditi Subedi), who has to battle barriers of class, religion and gender as she pursues her passion for Bharatanatyam dance. The girl receives unstinted support and encouragement from her father Salim (Danish Hussain), a highly skilled tailor who struggles to make ends meet. 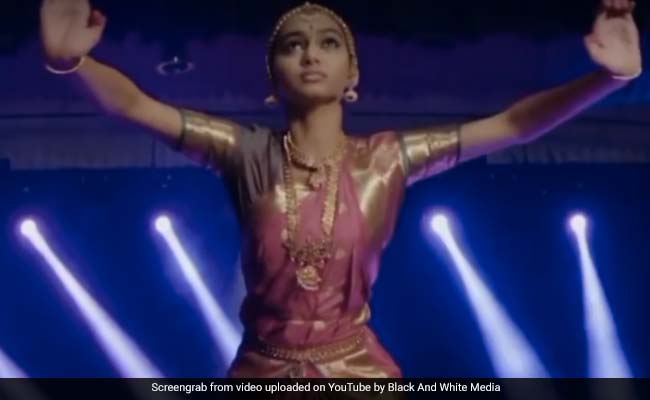 Salim faces a bruising backlash from his conservative village community, represented principally by the girl's obdurate maternal aunt Zehra (Shraddha Kaul). But he doesn't budge an inch from his decision to back his daughter to the hilt even at the risk of being socially ostracised.

Maryam's dance teacher Uma (Sudeepta Singh), too, is in danger of alienating her academy's principal patron Jayprakash (Rakesh Chaturvedi Om), who looks askance at a Muslim girl learn a classical dance form that, in substance and execution, adheres to strict, codified, religiously-sanctioned norms.

For Maryam, Bharatanatyam is an assertion of her freedom of choice as well as her love for her late mother Sakina, a talented dancer herself whose gifts remained hidden from the world. She falls ill in the film's prelude and passes away. The grieving daughter discovers in the classical dance form not just a means to take her mind away from her personal loss but a source of rejuvenation.

The soundscape gives Mee Raqsam its eclectic timbre. The strains of Carnatic music in a nondescript mohalla of Uttar Pradesh are intrinsically, and instantly, alluring and transformative. Add to the sublime quality of the songs the intricacies of the mudras and steps of Bharatanatyam performed by a gifted young actress and you are instantly transported to a place that is infused with positivity, where a sense of rebellion, liberation and affirmation is instantly evoked and reinforced. 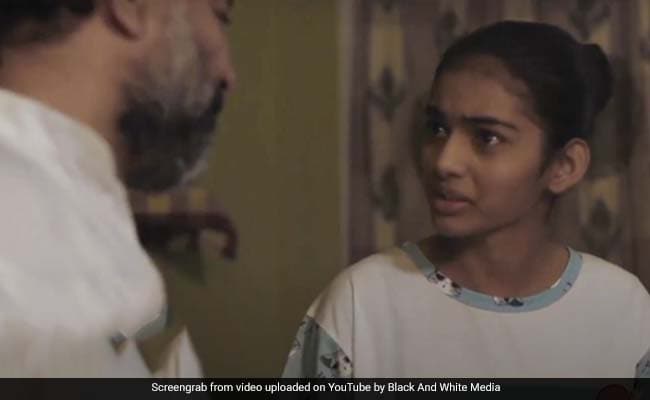 Religion isn't the only issue that the spirited Maryam has to reckon with. Her gender gets in the way just as much as her name does. Her acerbic aunt (who runs a sewing and embroidery training centre for girls) asks Salim if he intends his daughter to be a tawaif. Maryam's grandmother (Farrukh Jafar), too, raises her voice to endorse Zehra's orthodoxy.

Community elder Hashim Seth (Naseeruddin Shah) adds his bit to cauldron by pointing out to Maryam's father that Bharatanatyam originated in Hindu temples and it not only promotes idolatry, but is also linked to the Devadasi tradition.

The hostility does not stop with the branding of Bharatanatyam as gair mazhabi and the direct warnings from the village maulana. It assumes extreme proportions. Nor is the naysaying limited to Salim's co-religionists. Jayprakash cannot see beyond the curiosity value of a Muslim girl learning Bharatanatyam.

Salim stands firm but Maryam, pushed to the wall, nearly gives up the fight. But the father-daughter duo isn't left entirely to their own devices. The dance school patron's Sufi music-loving daughter (Shivangi Gautam) stands by Maryam. So does her older cousin (Juhaina Ahsan), who is unable under social pressure to reciprocate the feelings that an autorickshaw driver (Kaustubh Shukla) has for her. All the three youngsters become instrumental in one way or another in helping Maryam's cause.

In a telling moment, Jayprakash, when he learns that one of Uma's most promising trainees is a Muslim girl, reprimands his own daughter. He asks her: if a 'Mohammedan' girl can learn an 'Indian' dance, why can't you? Anjali's response justifiably drips scorn: "Mohammedan Indian nahi hai kya?"

That is precisely the question that Mee Raqsam seeks to answer. It does not pull its punches. It does not slip into defensive rancour or shrill rhetoric either. The script, written by Safdar Mir and Husain Mir, makes its point through means that are rooted in contemporary reality even when the film takes a detour or two into the realm of simplistic melodrama in the climactic sequences.

For a film helmed by a cameraman - Baba Azmi delegates the role of director of photography to Mohsin Khan Pathan - Mee Raqsam is refreshingly free from self-conscious visual flourishes despite never failing to convey a vivid sense of place. The unobtrusive camerawork is in keeping with the uncomplicated nature of the spaces where the action is set and the directness of the message sought to be delivered through this story that transmits hope even as it strikes a cautionary note about the dangers that this diverse nation's pluralistic ideals face.

Mee Raqsam belongs to both Danish Hussain and Aditi Subedi, who play the two pivotal characters with empathy and subtlety, qualities that are sustained all through the film not just by the two actors per se, but also by Baba Azmi's genteel, dignified storytelling style.

The supporting cast is absolutely fabulous. As one of the faces of conservatism in the film, Shraddha Kaul isn't your average cantankerous aunt out to outshout everyone. The character, etched out in a nuanced fashion, makes her concern for Maryam and the family 'honour' feel absolutely believable without having to resort to the usual snickering and sneering that comes with the territory. Credit is due here as much to the writing as to the performance.

Naseeruddin Shah, who has only a handful of scenes in the role of the conservative cleric determined to make Salim pay for his transgressions, is coldness personified as he delivers his hateful edicts. 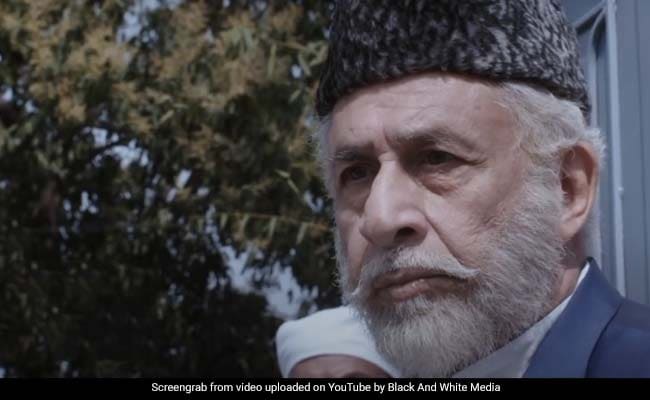 The other supporting actors, irrespective of the screen time they individually have, aren't swamped out of the picture. Sudeepta Singh, Rakesh Chaturvedi Om, Kaustubh Shukla, Juhaina Ahsan and Shivangi Gautam are all allowed their moments, a couple of them appreciably more than the rest. Collectively, they give it their best shot.

Watch Mee Raqsam because it will dance its way into your heart if it's in the right place.