Madhuri Dixit's Throwback Pic Is A True Blast From The Past

Madhuri accompanied the throwback photo with one of her "quarantine thoughts" 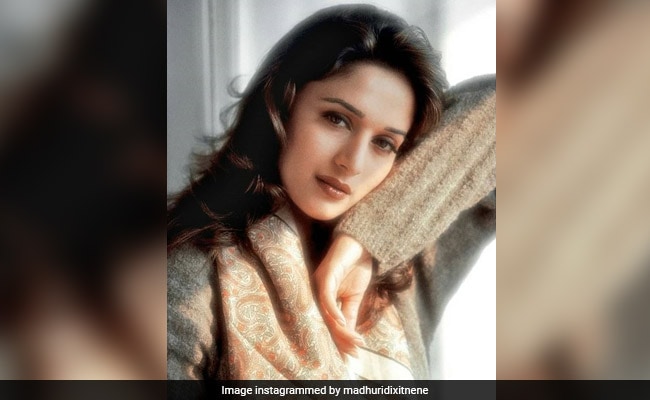 Madhuri Dixit, in a throwback state of mood, made a trip down memory lane and shared a really stunning old photograph of herself on social media. Madhuri, who is currently living in self-isolation with her family in Mumbai, accompanied the throwback photo with one of her "quarantine thoughts." The blast from the past appears to be from one of the actress' photoshoots from the Nineties. Needless to say, Madhuri Dixit's sun-kissed picture stole the hearts of her fans. Sharing the picture, Madhuri wrote: "Laakar thodi si khushi apne chehre par, humne khud ko dusro se alag bana lia. Log dhundhte rahe muskurane ka karan, humne dusro ki khushi ko aapna bana lia (By bringing a little happiness on our face, we made ourselves different from others. People kept looking for reasons to smile, we made others' happiness our own)."

Within minutes, Madhuri Dixit's fans flooded her post with comments such as "you're so beautiful" and "stunning." One of the users wrote: "well said, ma'am" while another commented: "Always evergreen."