Love Wedding Repeat Review: Freida Pinto Holds Her Own Amid The Commotion

Love Wedding Repeat Review: In normal circumstances, the film would have been dismissed as avoidable. But do we, in a lockdown, have a choice? 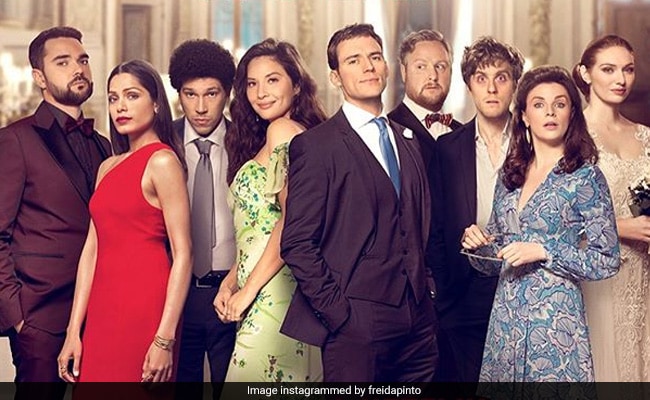 Murphy's law and the perversity of love are at unbridled play in the new Netflix romantic romp Love Wedding Repeat. Everything goes wrong not just in the film, but also with the film. Don't blame it on the randomness of life.

Screenwriter Dean Craig's first directorial outing puts the stress squarely on the third word of the title. The resultant rigmarole is exasperatingly repetitive right from the point an oracle grandly stresses (in the voice of veteran English actress Penny Ryder) that love is all about "chaos and chance". One false step and it all goes "right down the shi*ter".

Love Wedding Repeat definitely does just that despite the game efforts of an array of British, American and Italian actors plus our very own Freida Pinto, who hunker down to the task of making sense of the arbitrary goings-on. Please do not imitate any of this at home: on this side of the screen, no attempt to derive meaning from the contrived comedy would be anything but a waste of good grey cells. 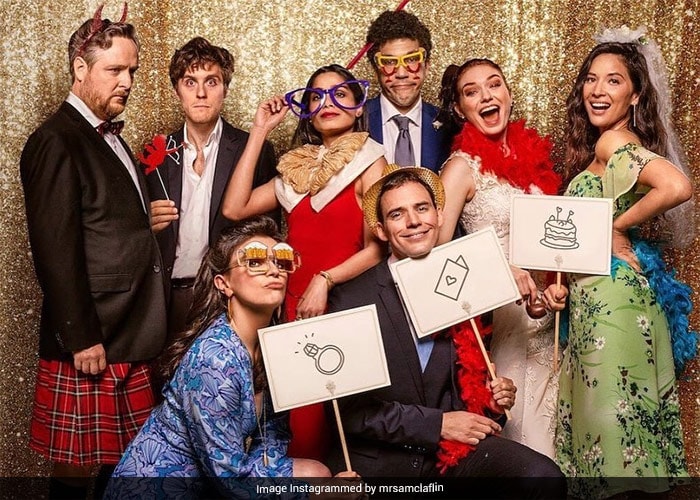 Love Wedding Repeat Review: A poster of the movie

The multiple get-togethers of 1994's Four Weddings And A Funeral are condensed here into a single wedding in an Italian mansion, no less. The bride is the fidgety Hayley (Eleanor Tomlinson). The lucky guy is Roberto Carboni (Tiziano Caputo), a handsome Italian head over heels in love with her. Their first meeting six prior to this event had, it is revealed, started on the wrong foot, with the two exchanging obscenities in a car park. And here they are exchanging vows. "Life's random," says Hayley, trying hard to sound wiser than she is.

So true. No, not the wisdom bit, but the bit about life being random. Nobody knows that better than Hayley's brother Jack (Sam Claflin). In an earlier scene, actually the film's curtain-raiser, he is about to kiss his sister's American journalist-friend Dina (Olivia Munn) at the end of a date in Rome when a ghost from the past appears out of nowhere and pulls him away from the act. The near-miss rankles, as we figure out three years later on Hayley's wedding day.

If anything can rival the chaos that ensues at the nuptials, where Jack has to focus on several balls that are up in the air while struggling to keep his own wits about him, it is the whimsical screenplay that conjures up of two versions of this theatre of the absurd that scrapes the bottom of the barrel for laughs. Well, you might chuckle at times, but rarely for the intended reasons.

The 'maid of honour' at the wedding is a man, Bryan (Joel Fry), the bride's actor-friend who is more intent on impressing Italian movie director Federico Vitelli (Paolo Mazzarelli) in the hoping of landing a role in his next film. Hayley's "coked-up to the eyeballs" ex Marc Fisher (Jack Farthing) lands up uninvited, determined to be a party-pooper.

While a lot else is spiraling out of control around Hayley's plans to keep Marc from scuttling the wedding, which includes spiking the champagne with a "seriously strong" sedative, Jack lucks out because he has another day at his disposal to woo Dina. It has been a long time since their aborted kiss in Rome and much water has flown under the bridge. Jack's been through a failed relationship; Dina has survived a Taliban kidnapping in Afghanistan and a perfidious boyfriend who cheats on her with anybody he sets his sights on. Talk of reconnecting on the rebound.

A pragmatic Amanda (Freida Pinto), Jack's former girlfriend dressed in flaming red, is also in the hall. She, on her part, is hard-pressed to rein in her current boyfriend Chaz (Allan Mustafa), who is desperate for a clear 'yes or no' response from her to his marriage proposal by the end of the day. Amanda is in no hurry.

The skittish Rebecca (Aisling Bea) confesses that she once thought penne was Italian for penis. Chaz cannot stop talking up the size and thickness of his. The toilet humour isn't inspired ribaldry: it is all terribly laboured and does nothing to tickle the funny bone.

For good measure, one of the wedding guests is Sidney (Tim Key), togged up in a kilt although he isn't remotely Scottish. He has a hard time keeping his jocks in place. The film's jokes, stuck hopelessly below the belt for the most part, are no better than a faux Scotsman looking for friendship and love in a weird wedding.

On the acting front, Claflin and Munn seem to be having a great deal of fun through it all. Pinto, in the guise of an unsmiling lady in red who draws blood from the male protagonist's nose without batting an eyelid, holds her own amid all the commotion. The supporting cast members, especially Tomlinson as the harried bride, frequently do far better than the material allows them to.

More than love and romance, there is confusion in the air in Love Wedding Repeat. In normal circumstances, the film would have been dismissed as avoidable. But do we, in the middle of a lockdown, have a choice?

Ignore the film's intrinsic lapses and watch it without expecting the world. If nothing else, be all ears to the music on the soundtrack - chamber, lounge, orchestral, romantic, the works, ending with Dean Martin's On An Evening In Roma over the end credits. Next, please!