Lady Gaga on PTSD: I Have A Mental Illness And I Struggle With It Every Day 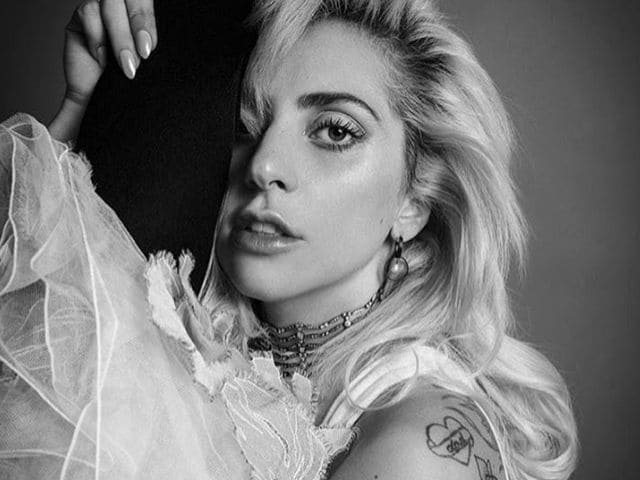 Lady Gaga talked about her condition at a youth center. (Image courtesy: ladygaga)

New Delhi: Singer Lady Gaga revealed she suffers from Post-Traumatic Stress Disorder or PTSD on the Today show, two years after she revealed that she had been raped at the age of 19. As part of the Today segment, she visited a shelter for homeless LGBT youth in New York, reports Today. During her interaction with the inhabitants of the center, Lady Gaga revealed that she suffers from PTSD and it was the kindness shown by her family, friends and doctors that helped save her life. "I told the kids today, 'I suffer from PTSD.' I've never told anyone that before. So here we are. I've been searching for ways to help myself. And I found that kindness is the best way. The kindness that's shown to me by doctors as well as my family, and my friends, it's really saved my life," the 30-year-old singer said, reported Today.

Lady Gaga invited Today to visit the youth center with her in the episode that aired on Monday. Addressing the adolescent members of the center, Lady Gaga said: "Meditation helps me to calm down. I don't have the same kind of issues that you have, but I have a mental illness and I struggle with that every day so I need my mantra to help keep me relaxed."

In December 2014, Lady Gaga told American radio host Howard Stern in an interview that she had been sexually assaulted at 19 and that she was speaking out because she didn't want to be 'defined' by the rape. At the Oscars last February, Lady Gaga was joined in her performance of Till It Happens To You by rape survivors. "I was never such a wreck as I was the week before this performance. It's the thing that I am the most ashamed of in my life and I have always felt that it was my fault until this week. People don't know this about me because I don't share it, and I know they see me as this kind of celebrity that has success and money and the world watching and that I must have no problems. But I actually suffer from chronic pain all the time and it's from this paralyzing fear that I've experienced for almost 10 years," she said after the performance, reported AFP.

Celebrities across the world are opening up about their personal experiences with mental illness. Singer Selena Gomez, 23, spoke at the American Music Awards about struggling with Lupus-induced depression. Selena said after winning the Favourite Pop/Rock Female Artist award, "In 2014, this stage was actually the first time that I was authentically 100 per cent honest with you. I think it's safe to say that a lot of you know a lot of my life whether I liked it or not and I had to stop. Because I had everything and I was absolutely broken. And I kept it together and I swore I would never let you down, but I kept it too much together to where I let myself down. I'm not trying to get validation, nor do I need it anymore. If you are broken, you don't have to stay broken." She ended her speech by dedicating her victory and trophy to her fans.

Singer Adele, 28, talked to Vanity Magazine about her "dark side." The 10-time Grammy Award-winning singer said: "I have a very dark side. I'm very available to depression. I can slip in and out of it quite easily. It started when my granddad died, when I was about 10, and while I never had a suicidal thought, I have been in therapy, lots. But I haven't had that feeling since I had my son and snapped out of my postpartum depression."

Close to home, actress Alia Bhatt's latest film Dear Zindagi deals with the subject of mental illness or instability among the youth. The 23-year-old actress' sister Shaheen revealed in an Instagram post that she's been living with depression on and off since she was about 13-years-old. Alia told NDTV: "I can say that there are parts of me in the film which are inspired by her. The way she snaps the way she talks. And I told her this as well. I said a lot of this is you. Maybe I do feel very sensitive to this topic because of that. She has struggled with depression and insomnia. I sat and spoke to her and asked her what it feels like when you don't sleep."

I've lived with depression on and off since I was about 13 years old. This is not a revelation or a confession. Those who know me know this about me. It's not something I take any pains to hide, I'm not ashamed of it or particularly troubled by it. It's just a part of who I am. I have days where I feel good and then I have days where I don't. One minute everything's fine and the next it's like someone turned the light off inside my head. I go quiet and it's difficult to get out of bed. Like it always does the world around me loses focus and I struggle to make sense of it. Sometimes these bouts last an hour - sometimes they last days. Today, I'm on day 4. I say I live with depression rather than I struggle with it because for me (and I speak only for myself here) I don't see why it has to be a struggle. I once read an idea by an American essayist called Richard Mitchell which stayed with me; it's now become how I try to approach the dips in my week or month. The idea is this: To be sick, or to suffer, is inevitable. But to become bitter and vindictive in sickness and suffering and to surrender to irrationality, supposing yourself the innocent and virtuous victim of the evils intentions of the world, is not inevitable. The appropriate answer to the question - Why me? is the other question - Why not me? *** Why am I writing about this? Well, I spend a fair amount of time on social media during the course of my day and today I found myself looking for something to post because it's been a few days since I've posted anything. I couldn't find anything so I figured I'd just talk about this - how I'm doing, instead of what I'm doing. It's as simple as that, and we could all stand to do a little more of it. P.S. That picture just seemed to work in this context.

Promoted
Listen to the latest songs, only on JioSaavn.com
Here in India, actress Deepika Padukone was the first to go public with her own battle with depression, heralding a new era of confession. Last year, Deepika, then 29, told NDTV that one morning she "woke up just feeling empty. I woke up like feeling directionless, I didn't know where to go, I didn't know what to do and I had these bouts of feeling so low that I would just start crying at the drop of the hat." Deepika explained how her family helped her cope through the situation. She later created the Live Love Laugh foundation, which aims to create awareness about depression and mental illness. Deepika's first Hollywood film, xXx: The Return of Xander Cage, releases in January.

Recently, Parineeti Chopra, 28, opened about the low phase of her career on chat show Koffee With Karan where she said that she was depressed after the failure of her film Daawat-E-Ishq in 2014. She told host Karan Johar: "I handled it badly, two washed out films. I had never seen that, I went into a definite low, like even with my financial position. There was a time when I was really depressed. You (pointing towards Karan Johar) know, I've cried in front of you. I always thought I was a strong person but my down time showed that was not. But now I can handle it. Now I know if I ever go through it again, I can handle it."