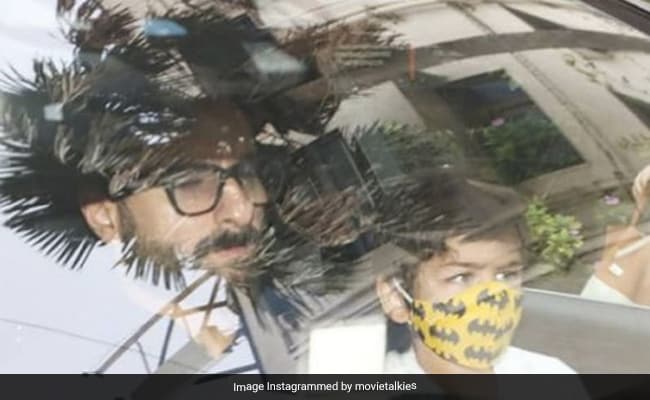 Kareena Kapoor and Saif Ali Khan, who welcomed their second child, a baby boy on Sunday, arrived at their new house in Mumbai on Tuesday afternoon. Kareena Kapoor and Saif Ali Khan were photographed with their newborn baby as they made their way home on Tuesday afternoon. They were accompanied by their 4-year-old son Taimur. Saif Ali Khan announced the birth of their child on Sunday. "We have been blessed with a baby boy. Mom and baby are safe and healthy. Thank you to our well-wishers for their love and support," the actor said in a statement. Kareena Kapoor was admitted to Breach Candy Hospital on Sunday morning and she was discharged this afternoon. Fan pages dedicated to the star couple, shared pictures of them arriving at their new residence.

Kareena Kapoor married actor Saif Ali Khan in the year 2012. The couple are also parents to a son named Taimur (4). They announced their second pregnancy in August last year. "We are very pleased to announce that we are expecting an addition to our family. Thank you to all our well-wishers for all their love and support," said Kareena Kapoor and Saif Ali Khan, in a joint statement.

Kareena Kapoor and Saif Ali Khan, co-stars of films like Omkara, Agent Vinod and Kurbaan, fell in love during the shooting of the film Tashan. The actress announced her pregnancy memoir titled The Kareena Kapoor Khan Pregnancy Bible, on her son Taimur's 4th birthday last year.