Karan Tacker On Ex-Girlfriend Krystle D'Souza: "We Are Not In Touch With Each Other"

"Krystle and I never said that we separated because of personal differences," said Karan 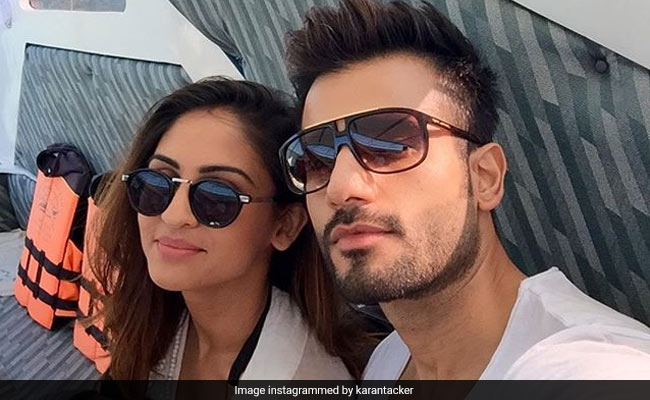 Television actor Karan Tacker, who is best-known for TV show Ek Hazaaron Mein Meri Behna Hai, opened up about his current equation with ex-girlfriend, actress Krystle D'Souza, in a recent interview with ETimes. The actor played Krystle's onscreen husband on the Star Plus show. When asked if he is still in touch with her, he replied: "No, we are not in touch with each other." Karan added that he never said he separated from Krystle because of "personal differences." He told ETimes: "Krystle and I never said that we separated because of personal differences. However, I wouldn't get into further details on this."

Reports of Krystle D'Souza and Karan Tacker's breakup surfaced on the Internet in August, 2018, when the two unfollowed each other on social media.

In the same interview, when Karan was asked if he would work with Krystle again if given a chance, he said: "I don't really look at who's working with me for the project. As I said, I look into a script. If the script appeals to me, everybody else comes with the project. I don't really have a problem." The actor also refuted the reports stating that he is dating actress Shreya Chaudhry and said: "No, I am not dating," reported ETimes.

Karan Tacker made his television debut with STAR One's Love Ne Mila Di Jodi, in which he played the lead role. He shot to fame with his role in Star Plus' Ek Hazaaron Mein Meri Behna Hai, in which he worked with Krystle. He has also starred in shows like Teri Meri Love Stories, Farah Ki Dawat and Bepannah, to name a few. He was last seen in web-series Special Ops.

Abhishek Bachchan Clocks 20 Years In Bollywood; Says He "Has So Much More To Prove"